The Rock of Gibraltar and an oil tanker silhouetted against the morning sky as our ship prepares to dock.  In the very competitive business of bunkering , Gibraltar has become the third busiest bunker port in Europe. ( bunkering is the supplying of fuel for use by ships ) 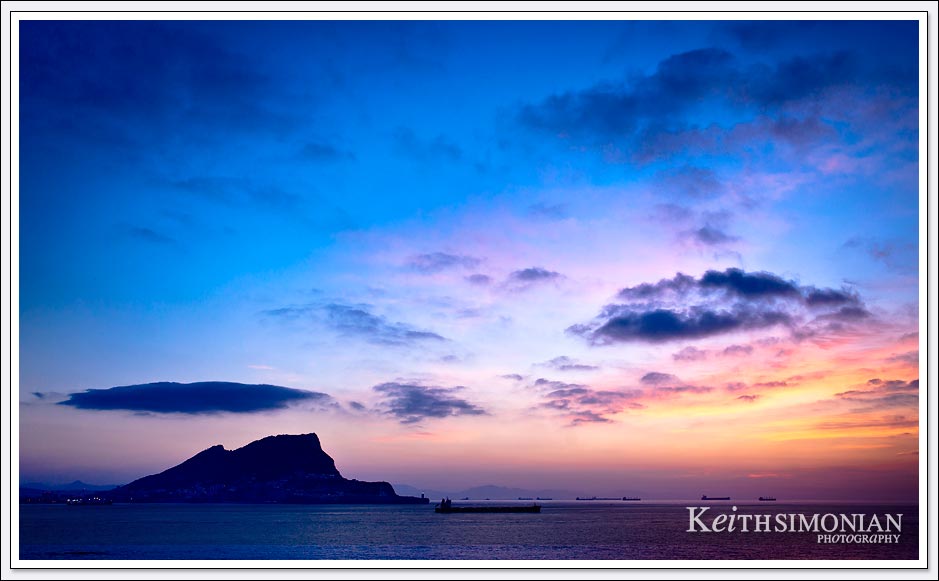 The cable car that takes visitors to the top of the Rock. 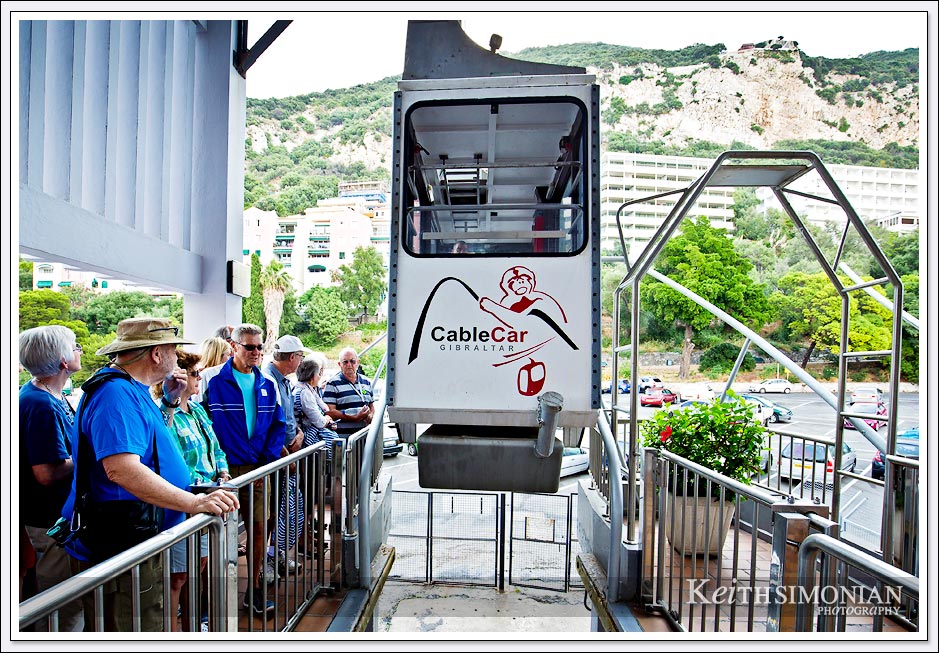 View from atop the rock of our Holland America cruise ship docked below. 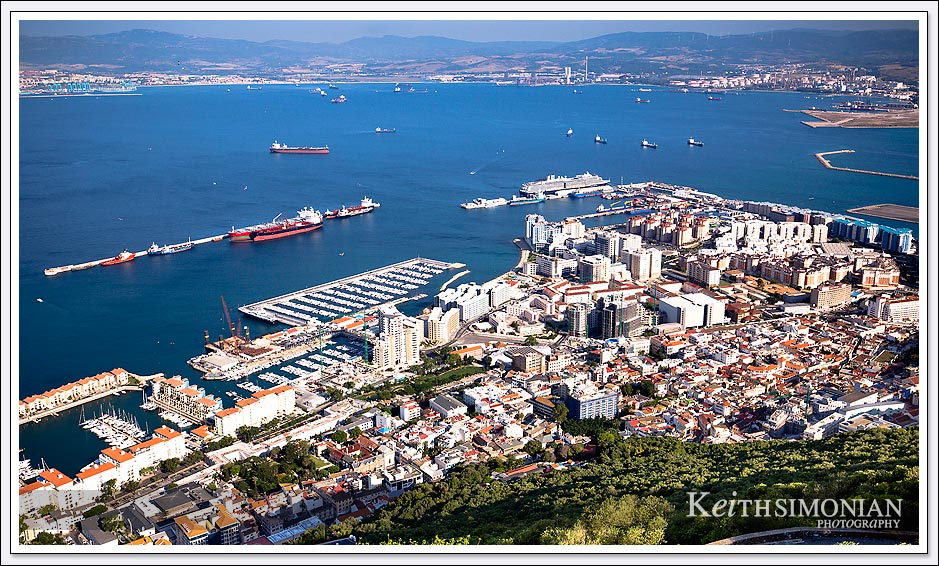 The “other side” of the rock. 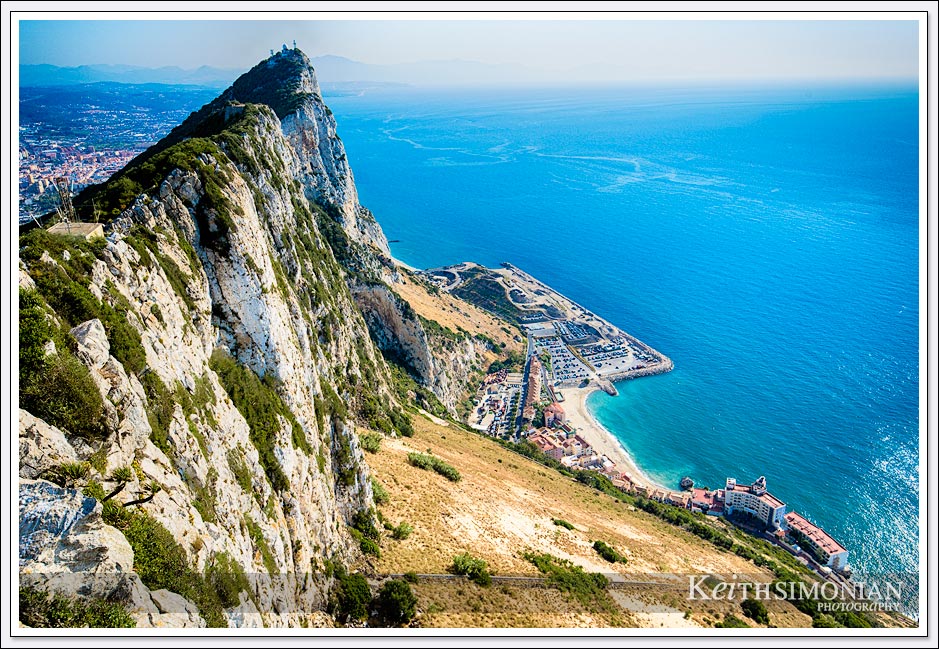 They are technically Barbary Apes, but to the untrained eye, they look like monkeys. 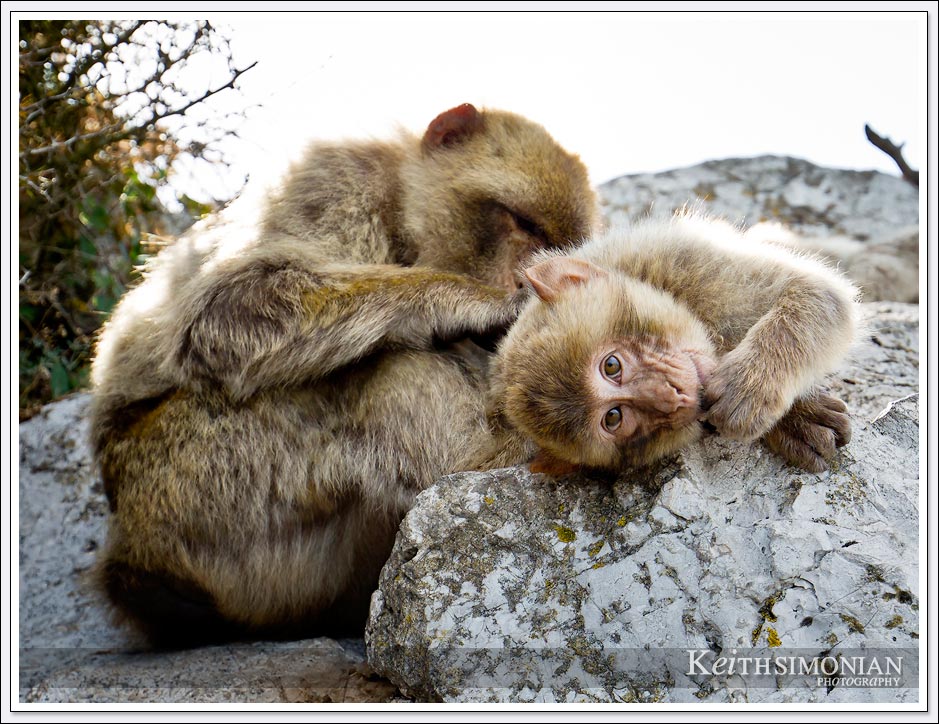 Purple lights illuminate the seating inside the rock. 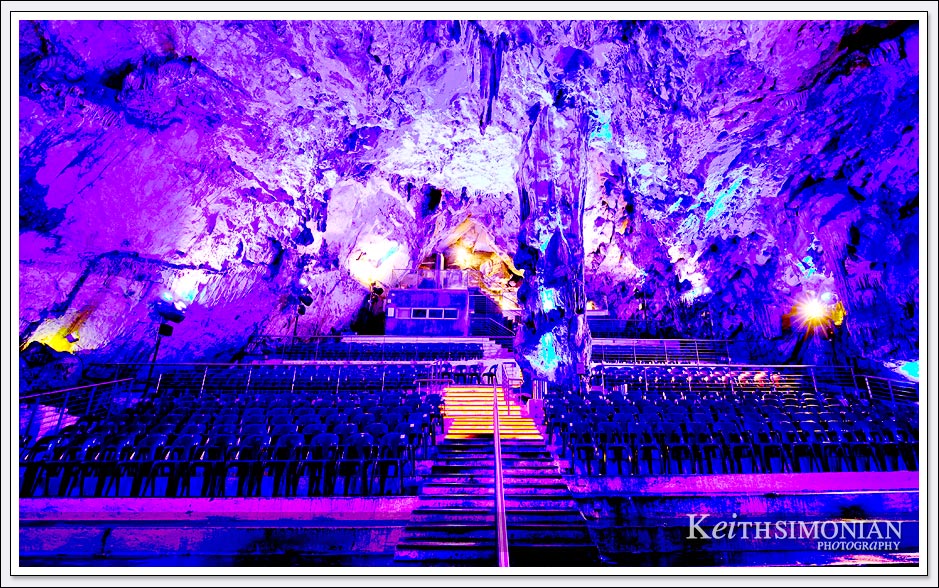 The apes are considered to be wild, but not so much as this one sits for the background of a selfie. 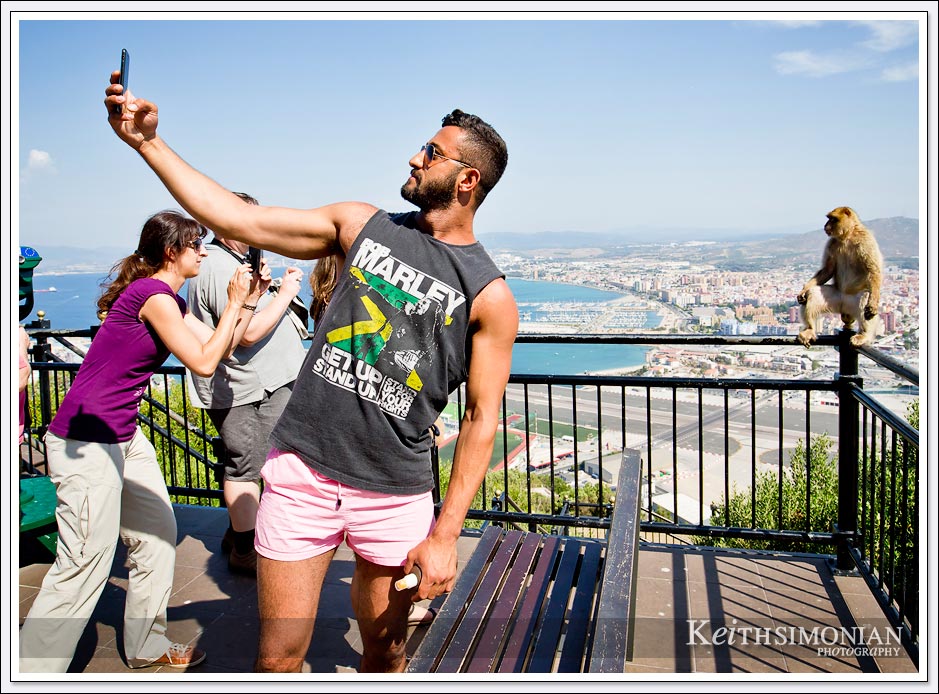 The British dug many tunnels inside the rock. This one holds a quite large canon that was used to defend the territory. 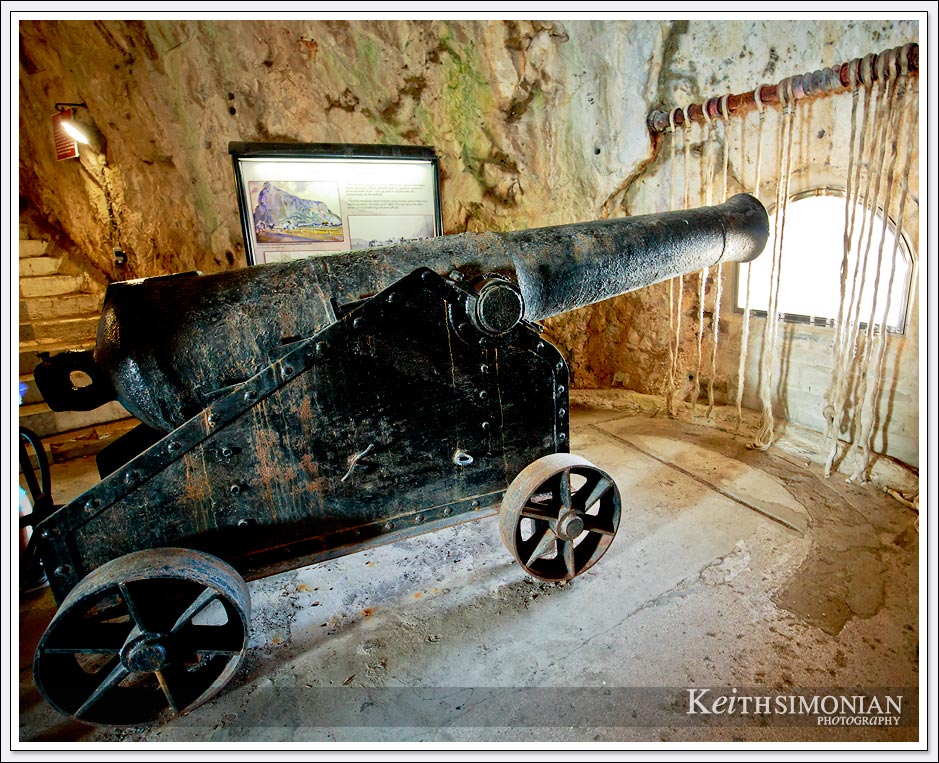 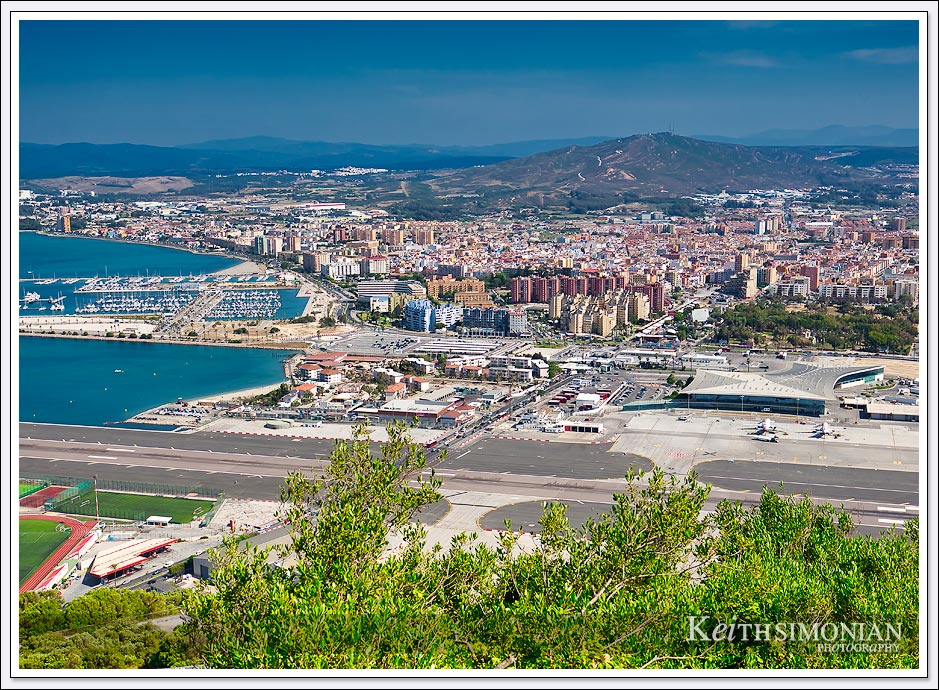