Not that this is really news, but you can find out so much information on the internet. 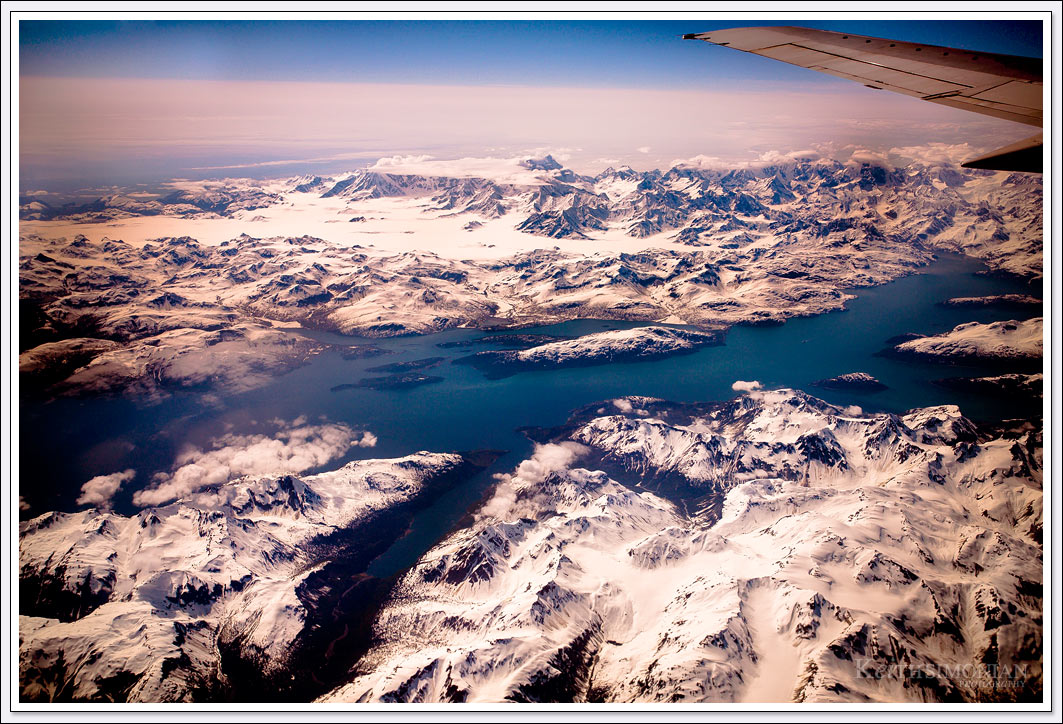 I took this photo through the window of an Alaskan airlines flight from Seattle, Washington to Fairbanks, Alaska. The next step was to figure out where and what was in the photo.

Since all the information I had about this photo was the time it was taken after takeoff, that would be where I started my search. This photo was made 2 hours and 22 minutes after leaving Seattle. Visiting the website planemasters.com, I was able to determine that the total flight time would be 3 hours and 39 minutes, the plane would fly at 39,000 feet, and the distance between airports is 1329 nautical miles. Next a visit to the website as.fltmaps.com showed me the flight path from Seattle to Fairbanks, Alaska which is known as The Golden Heart City.

Based on the travel time and location of the flight path, I’ve come to the conclusion that snow covered mountains and rivers are part of the Glacier Bay National Park and Reserve in Alaska. Looking at google maps I wasn’t able to spot any similar land formations, and in fact I’m not sure if we were over Canadian air space or United States air space when the photo was made as the National Park is quite close to the Canadian border.