Monte Carlo yacht club, where the rich bring their boats to be seen. 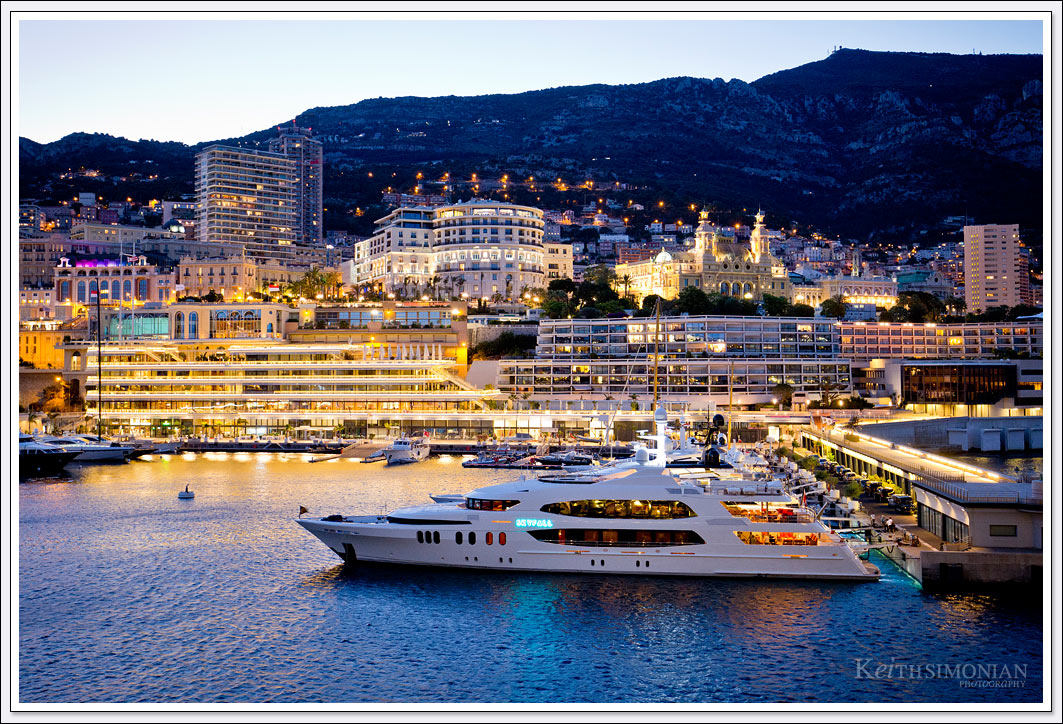 If cruising in on the biggest ship in the harbour is one’s goal, I achieved that by sailing in aboard the Holland America cruise ship MS Westerdam.

Some google research revealed that the 190 foot Skyfall yacht featured in the nighttime photo of Monte Carlo is for sale with an asking price of just $31,500,000. I could be mistaken, but I did look up this yacht before and months back the asking price was higher.