After several drought years Lake Jenkinson is full again and with it the Green color that shown brightest in the early morning. Not sure why though.

The path leading to the famous waterfall offered up a wonderful image that was enhanced with the use of HDR software that brings up the darker areas of the photo that would not be shown in such detail and color without the use of the software.

It’s interesting that the IPTC data says the photo was made at 50mm. That’s quite unlikely as the image was taken with the Canon 17-40 mm f/4.0 lens on a full frame camera.

Since I mentioned the waterfall, I now feel compelled to show a photo of the waterfall. If you are going to visit the waterfall, it’s at the far left end of the Lake. That being, you pull into the Sly Park recreational area turn left, and drive about 3 miles. There is a parking area near the trail that leads to the waterfall, but it only holds about 25 or so cars. There is more parking about a quarter mile before little lot by the trail.

As with all waterfall photos, there are two basic methods to show the flow of the water, those being a real high shutter speed completely stopping the splashing water, or a real slow shutter speed which gives the water a blurring effect. I chose the blurring effect and used a 4 second exposure to create this image. 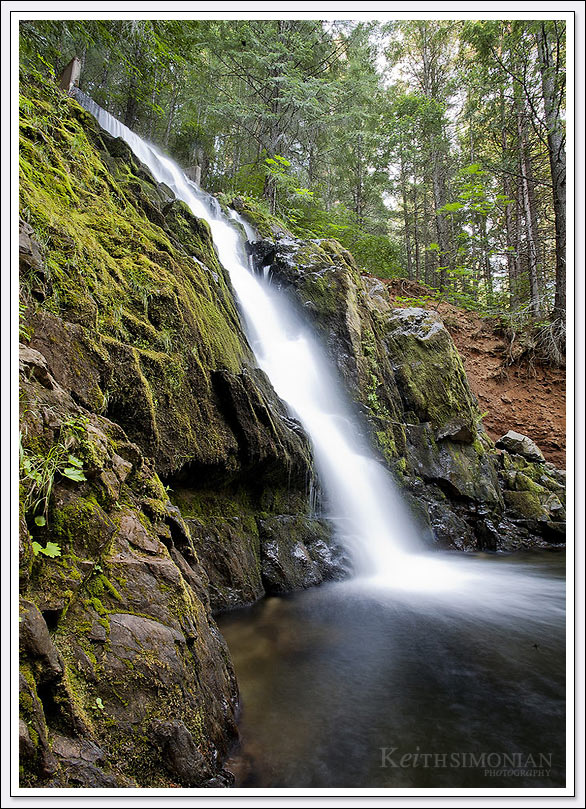