A warm glowing sunrise on the English Channel is not a common site. But here it was on the first morning of my British Isles cruise aboard the Princess cruise line ship Caribbean Princess. 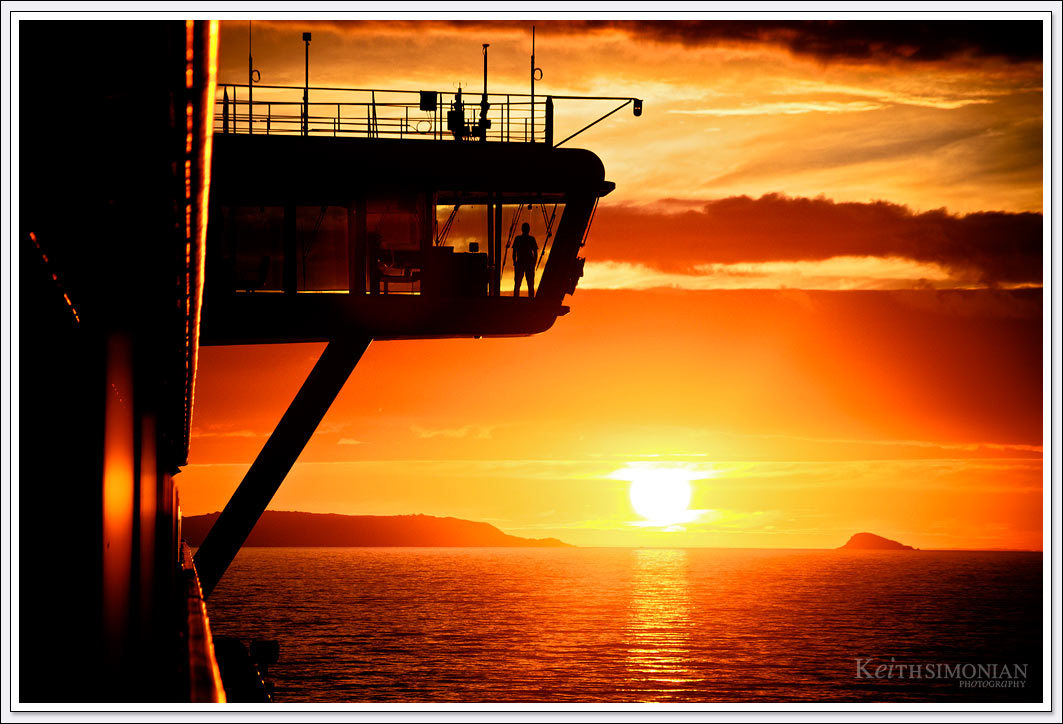 Guernsey UK, the first port of call for the 12 day British Isles tour can be seen on the horizon on the left. The clouds and nice warm colors of the sunrise make this a wonderful photo. And then a crew member walked into the extended bridge area to view the sunrise which gave the photo that extra interesting element.

The Caribbean Princess with a 112,900 Gross Tonnage had left it’s current home port of Southampton, England on July 31st, 2016 with 4,464 passengers and crew aboard.

While this day aboard the Princess Cruise line ship Caribbean Princess started well, not every day did. On Wednesday August 3, 2016 myself along with the guests were informed at 8 am by our captain that the ship no longer had propulsion and they didn’t know why. At the time the ship was about 25 nautical miles southeast of Dublin in the Irish Sea with a scheduled Dublin stop at 11:00 am that was to last until 10 pm.

As the day progressed without good news concerning the engines, it became clear that the visit to Dublin, Ireland wouldn’t happen. If I remember correctly, around noon the Captain confirmed the passengers suspicions, and the days trip to Dublin was cancelled. Also the news that if the ship wasn’t under power by 4 pm, we would be towed into port.

Around 2 pm I noticed a tug – tow boat off the starboard side of our ship. The tug slowly drifted further away from out ship, and it was announced the problem had been fixed and power was restored. Just to add a little more fun to the day, an Irish Coast Guard rescue helicopter flew out to our ship to practice helping ships stuck at sea. 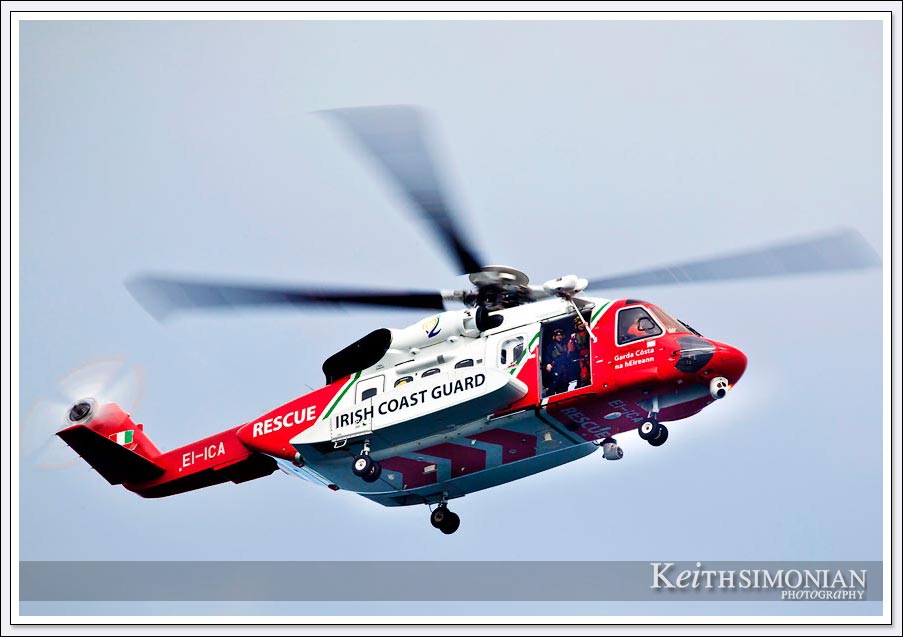 As the seas were pretty calm that day, the Irish Coast Guard flyby was just practice. Had the weather been rougher, they might have been required to do more than just practice.