I’ve only ever been to Stonehenge the one time so I will have to take out tour guide’s word on her claim that on most days it’s so windy at the monument that it could push the small buses that visitors take from the visitor site. 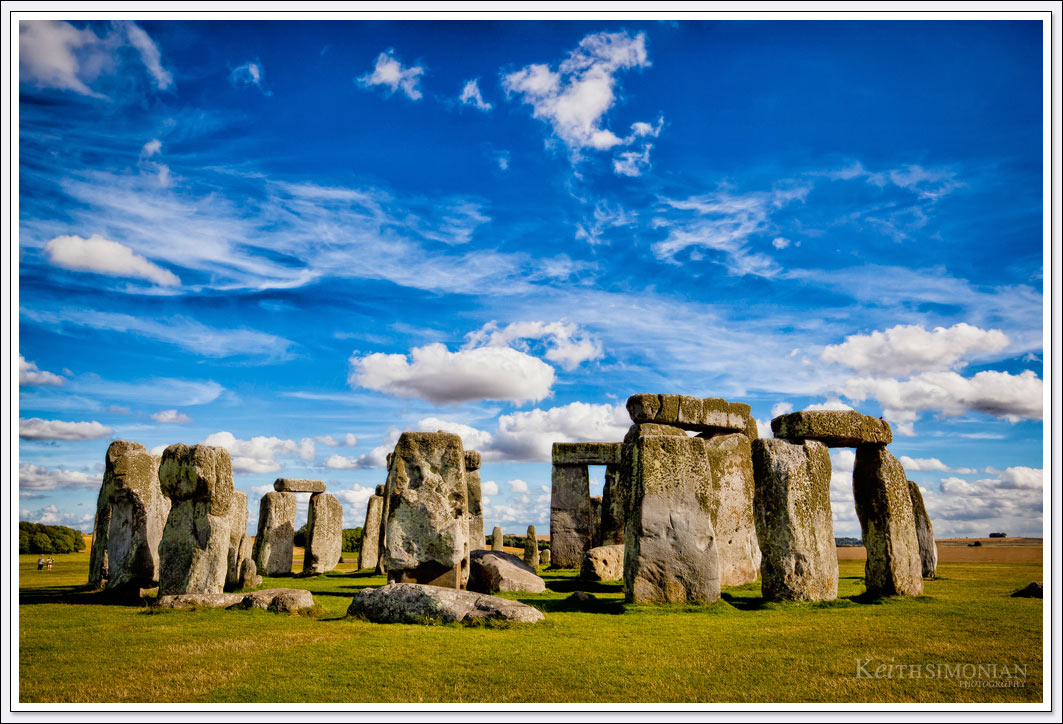 If you are visiting the site, the way most people go about it is to purchase a ticket to the visitor center that was opened in 2013. The ticket gets you inside the visitor center to see the many exhibits, and also includes a bus ride that covers the 1.5 miles to the monument. If it really get as windy as the tour guide suggests, that 1.5 miles could be really hard walk.

Most of the dramatic photos you view of Stonehenge are either taken early in the day, or later in the day near sunset. The image I created was taken at 5 pm on an August day. Our visit to London and part of England in the month of August was suggested by a friend who lived there for over 10 years and suggested August was the best month to catch good weather. He was right, as there was no rain and no need for a jacket during our stay there.

The very same friend that recommend taking the trip in August, also claimed that the “rocks” Stonehenge is made up of are really not rocks but Styrofoam. I have no proof either way as you can only get about 25 yards away from the monument. Maybe just something to think about if you ever get the chance to visit Stonehenge.