The deal which was announced on January 15th became official on Tuesday the 19th when Saleh signed his contract. Robert Saleh had been the San Francisco 49ers’ defensive coordinator for the past four seasons.

It appears 49er defensive coordinator wasn’t too happy with a call or play. 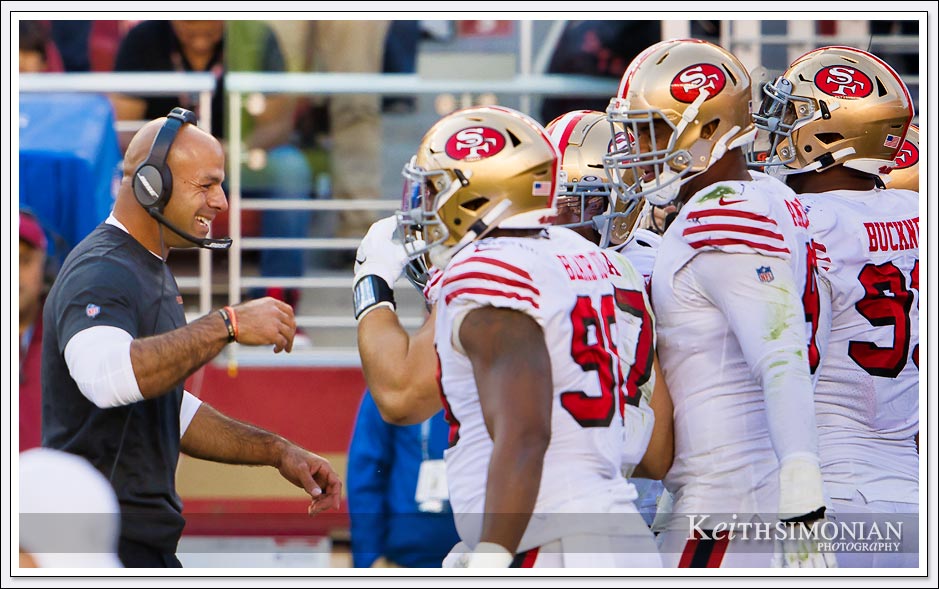 Robert Saleh smiles as he waits to congratulate 49er Nick Bosa after his interception and 41 yard return against the Carolina Panthers. 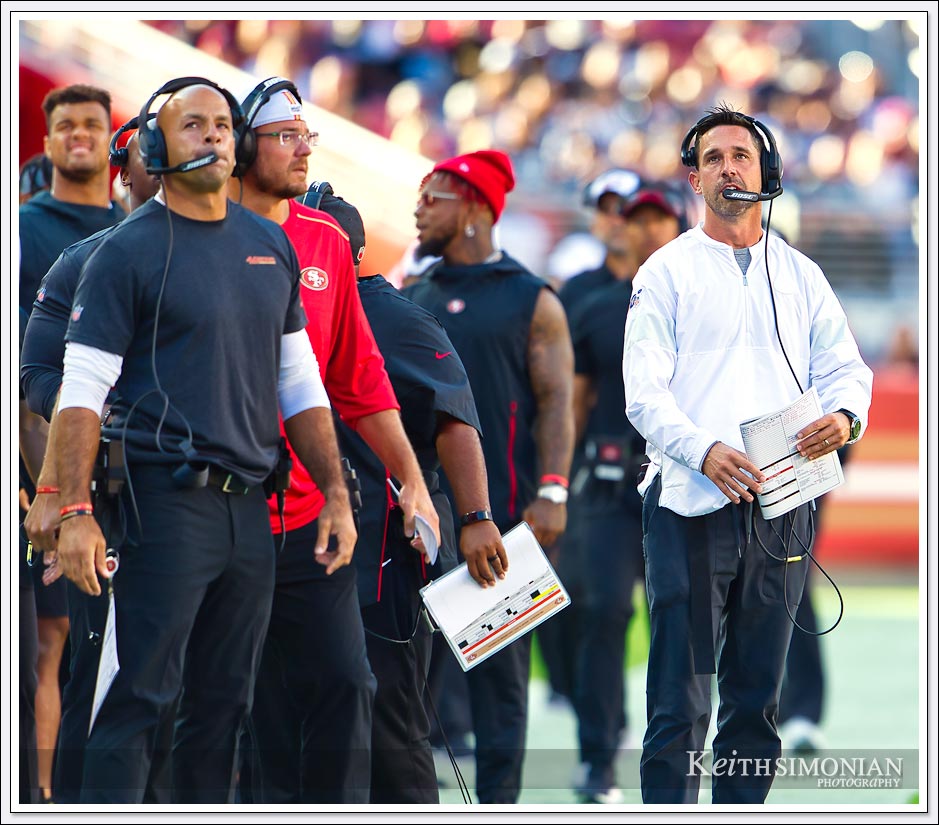 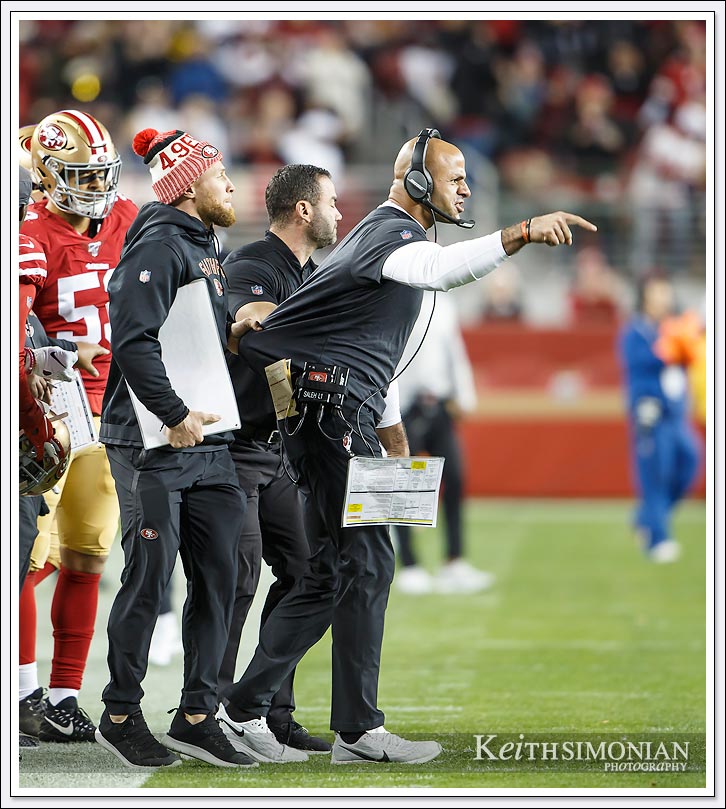 Not sure if new Jets head coach Robert Saleh will be bringing along 49er assistant coach Brian Fleury to make sure he doesn’t tread to far onto the field. As the head coach, I believe he will have a little more leeway going onto the field of play.