As if 2020 hasn’t been an interesting enough year, the San Francisco Bay Area is in the midst of a record setting heat wave. What normally doesn’t happen during a heat wave in this region are thunderstorms, with lightning strikes that cause a fire, and of course a full rainbow to add to nature’s display. Further information about this fire indicates is part of the Deer Zone fires, which are 4 fires  Southwest of Brentwood, that have burned 400 acres by 10 pm local time with 0% containment. 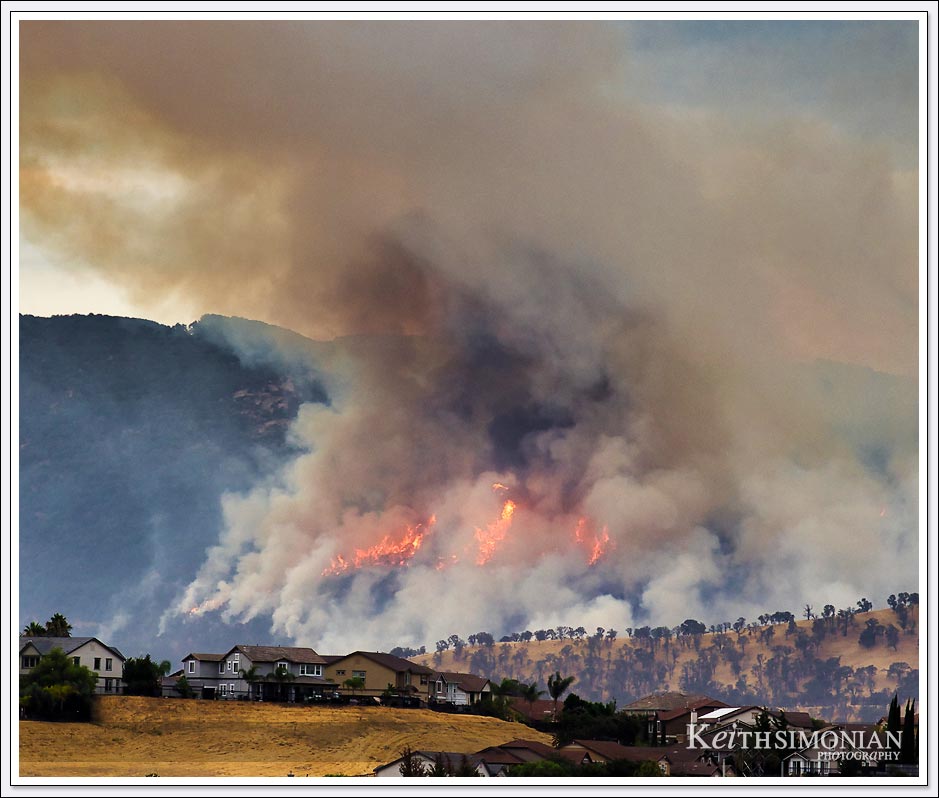 The winds shifted and the fire in the East Bay hills started climbing back up the mountain. 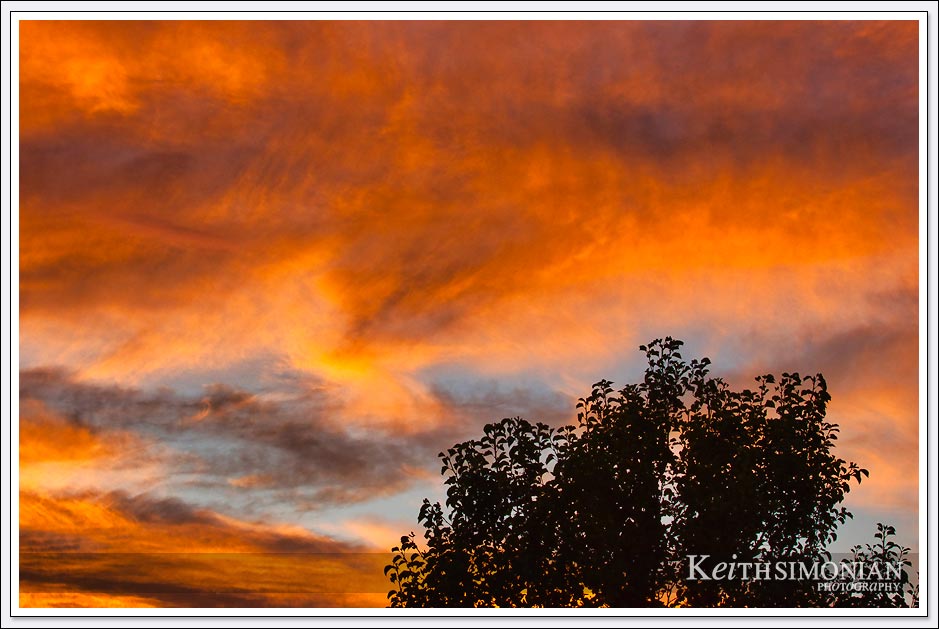 The unusual weather started the day before with a blood red sunset. 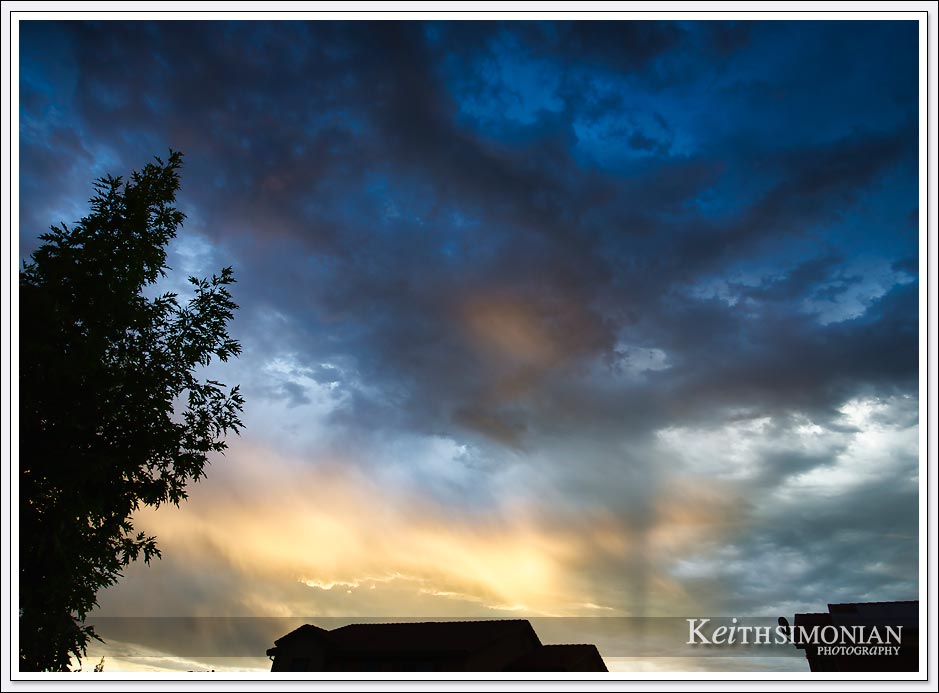 After the dark lightning clouds passed over, the sunrise featured interesting colors. 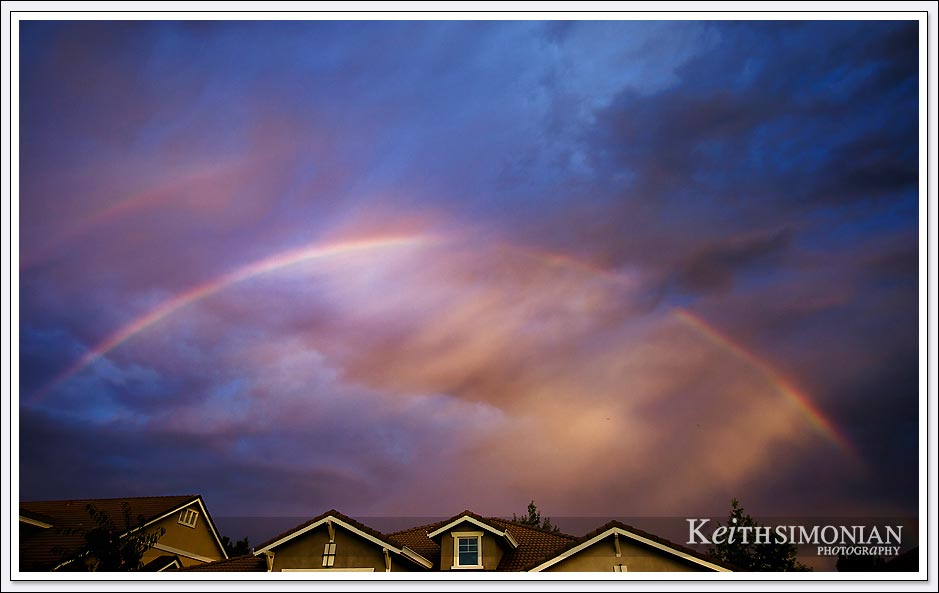 Since this day would include a little bit of everything, there was of course a full rainbow. 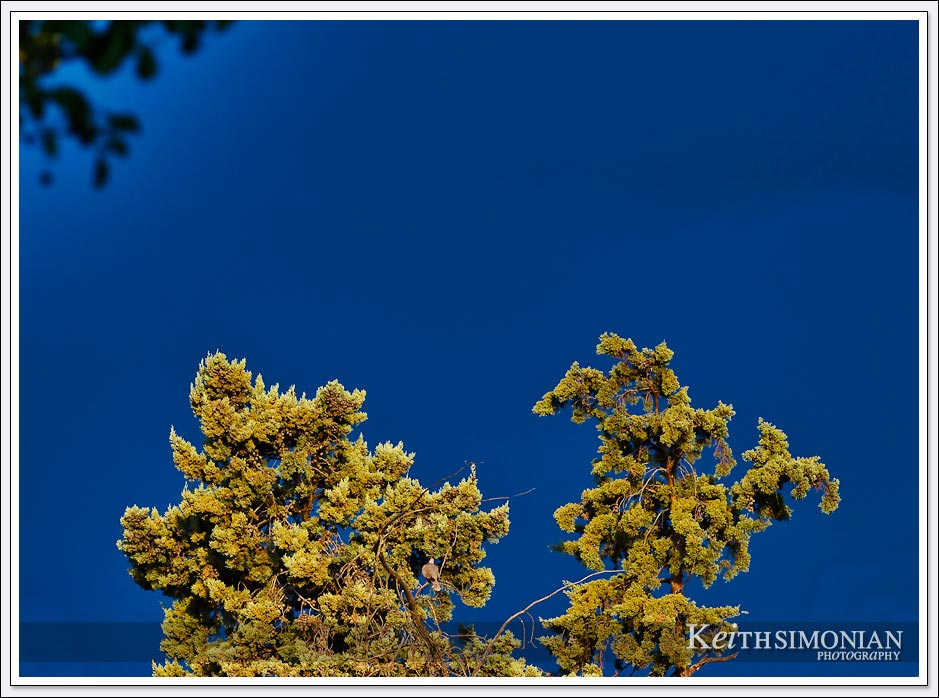 Then the sun popped out, and shown on these trees with the very dark thunderclouds in the background. 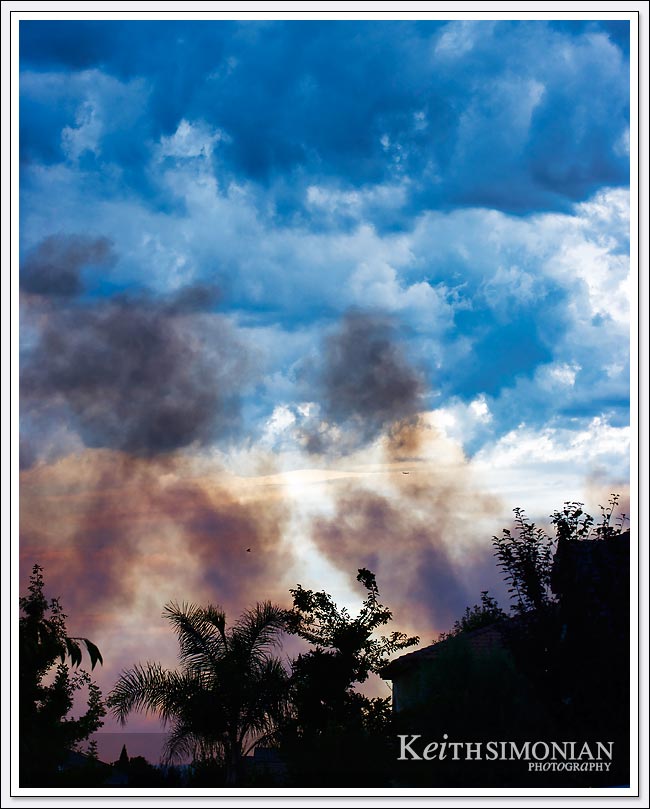 The smoke from a lighting strike fire looking interesting against the dark thunderclouds. At the time, I didn’t know there was a fire, so I was off to investigate. 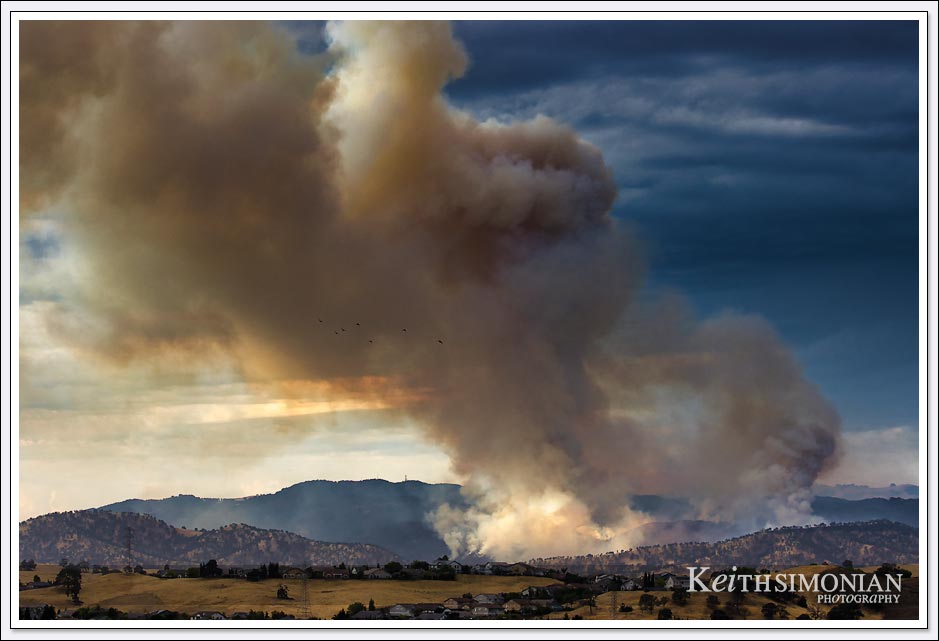 A wider shot of the lightning strike fire that the early morning thunderstorms caused. 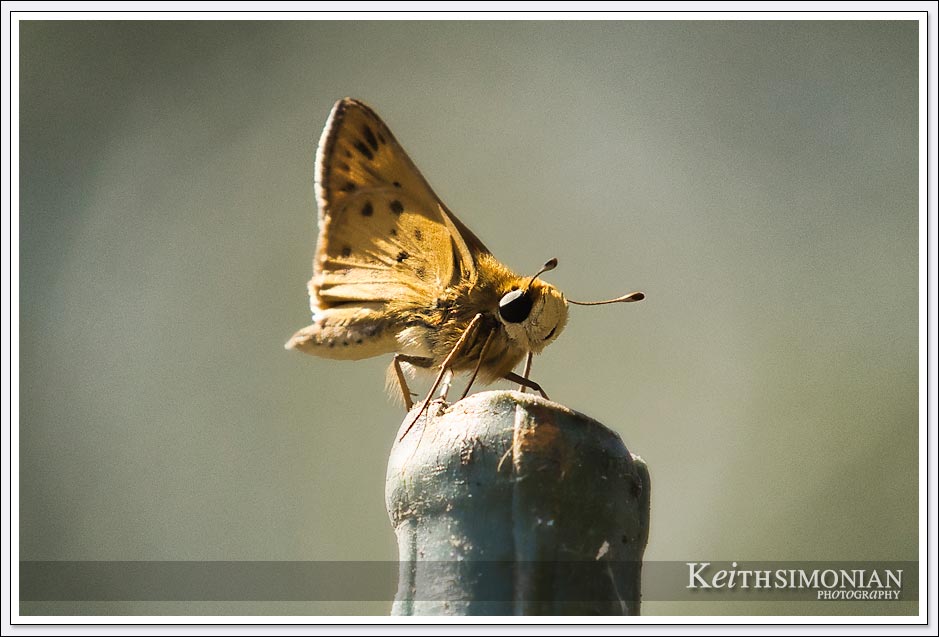 By noontime things were back to relative normal as this butterfly takes a break during the record breaking heat wave.

The fires known as the Deer Zones fires became part of a larger cluster of fires Cal Fire calls the “SCU Lightning Complex which include 20 separate fires. The latest information I was able to dig up said the Deer Zones fires burned about 1500 acres. There had been an evacuation order involved with those fires. That order was ended on Wednesday. 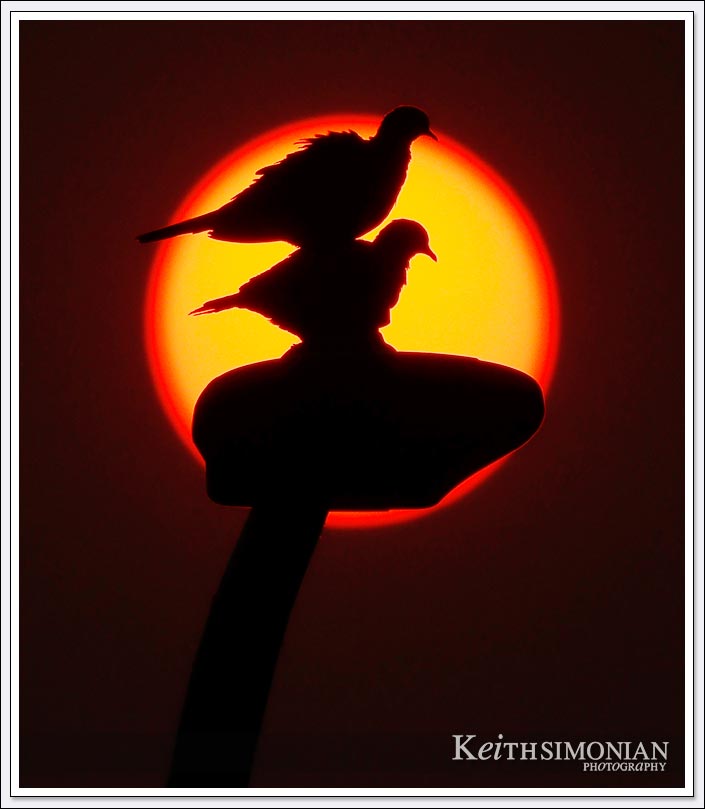 This image which was taken near sunset on Aug. 20th, shows two pigeons resting on a street light with the very smoke filled sky turning the setting sun orange and red.