Before boarding our Mediterranean cruise it was a three day stop in Rome to visit the sites we missed during our previous whirlwind three day tour two years before. This post features the Victor Emmanuel II Monument which we were told by the tour guides that the locals call the wedding cake. The other main attraction featured in the post is the Basilica di Santa Maria Maggiore. 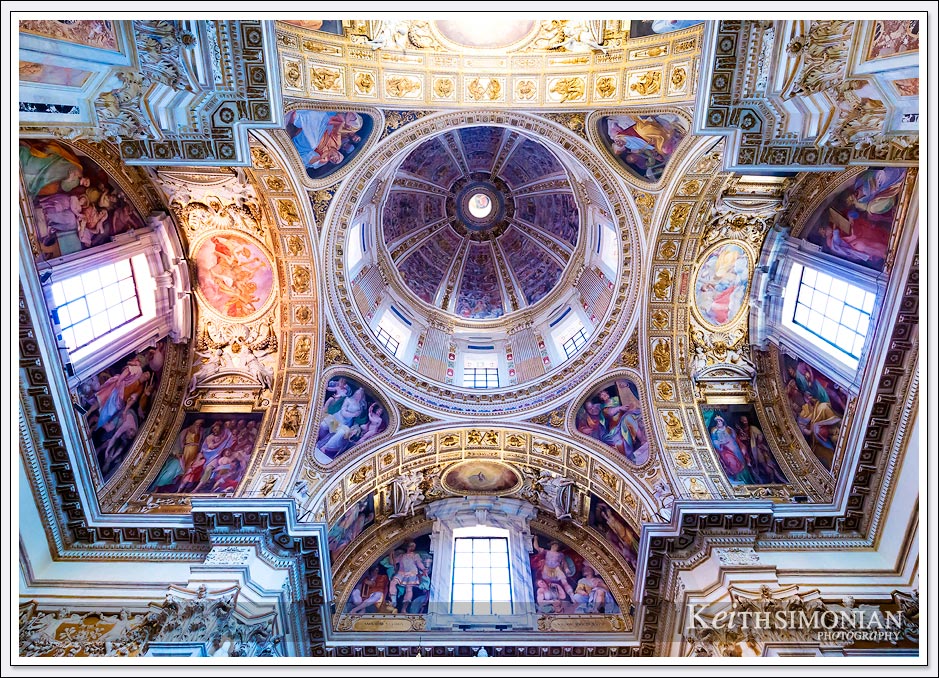 This photo shows all the amazing artwork surrounding the dome of the Basilica Santa Maria Maggiore. 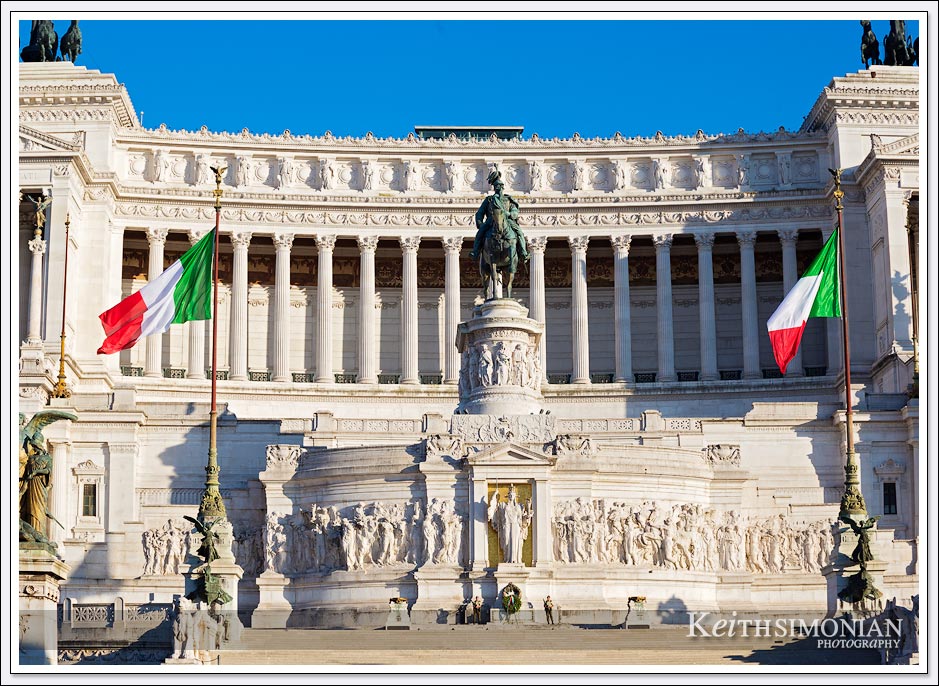 The tomb of the unknown soldier is guarded 24 hours a day at the Victor Emanuel II Monument by Italian Military forces. During the day visitors are allowed to climb the steps and get a closer view of the monument. This photo was taken not long before the sun would set and really shows of the white coloring of the monument that the locals are said not to like. 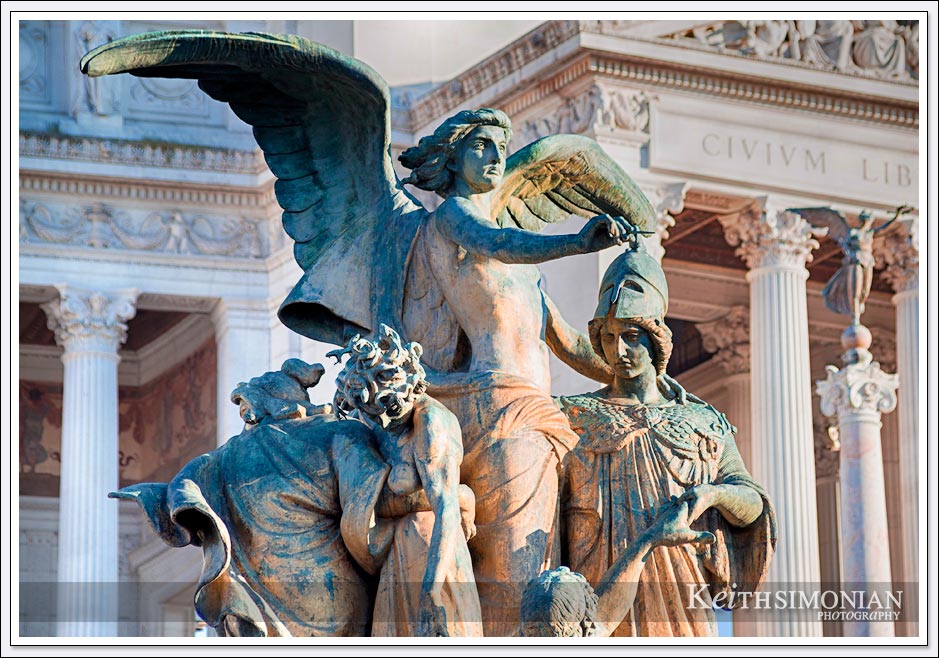 Il Pensiero Statue ( The Thought ) is a gilded bronze statue in front of the Victor Emanuel II Monument. 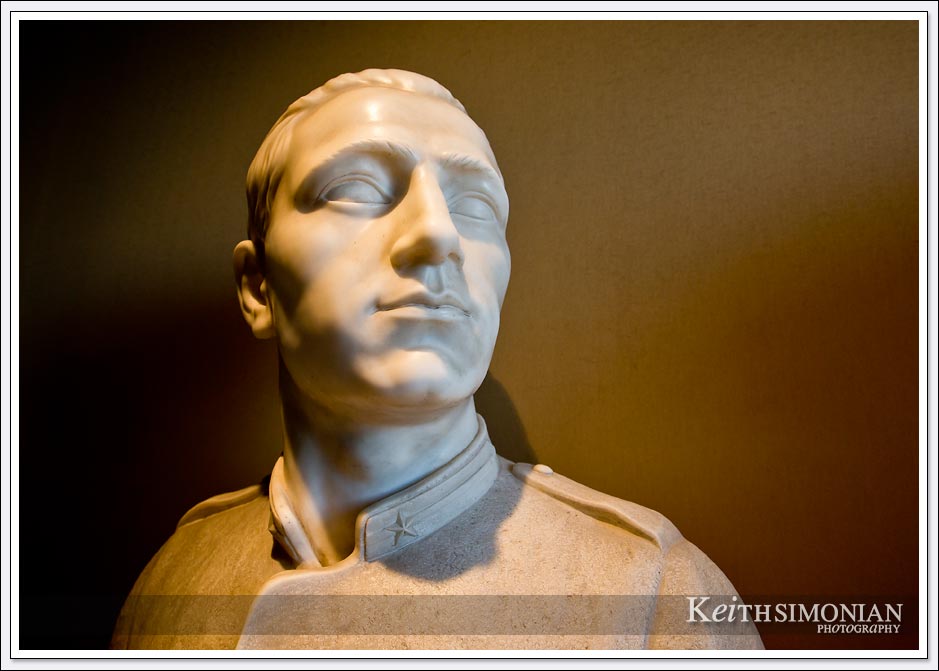 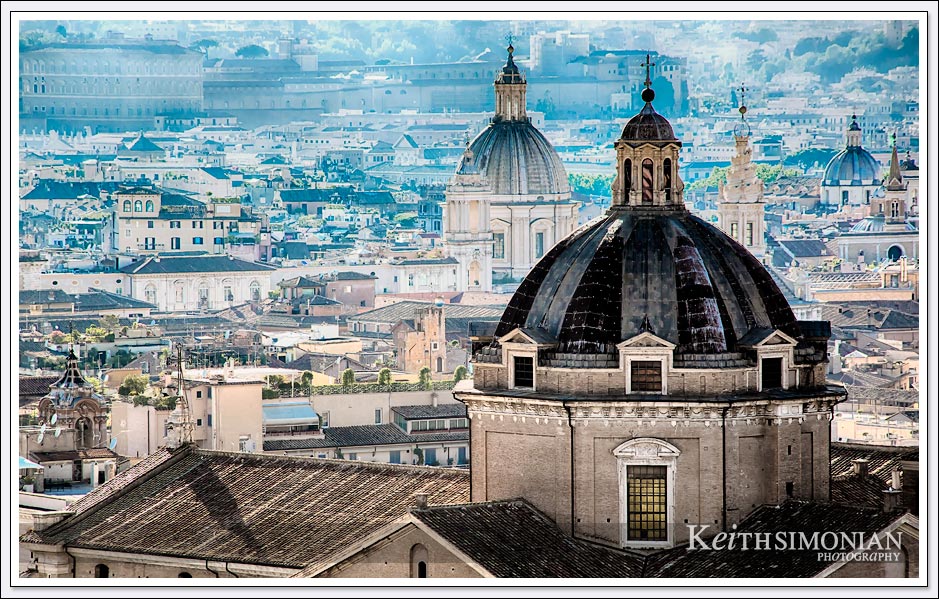 The roof top access allows views of the city not seen by many including these domes around town. 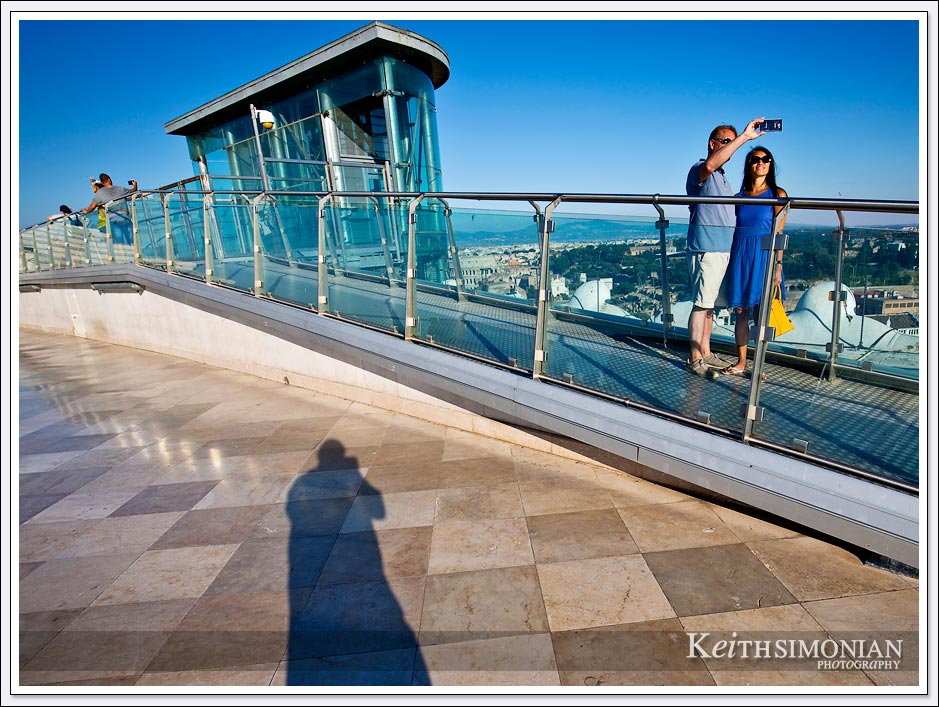 I believe the charge was 7 Euros to ride the elevator to the top of the monument. I went late in the day to get sun low in the sky which gives you the vibrant colors. It also allowed me to get my own shadow in the photo while capturing tourists taking a selfie. 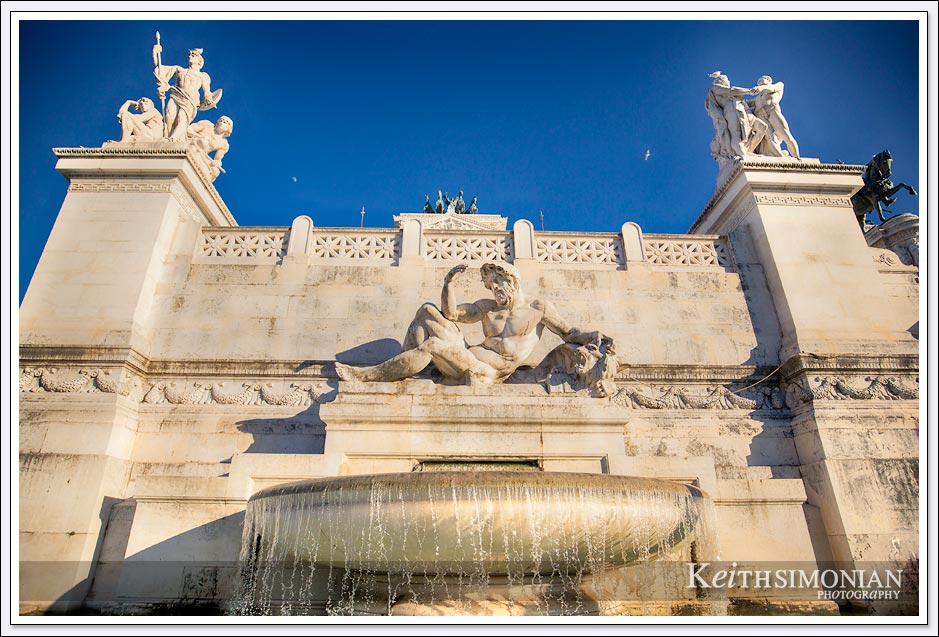 At street level of the monument is this water fountain. 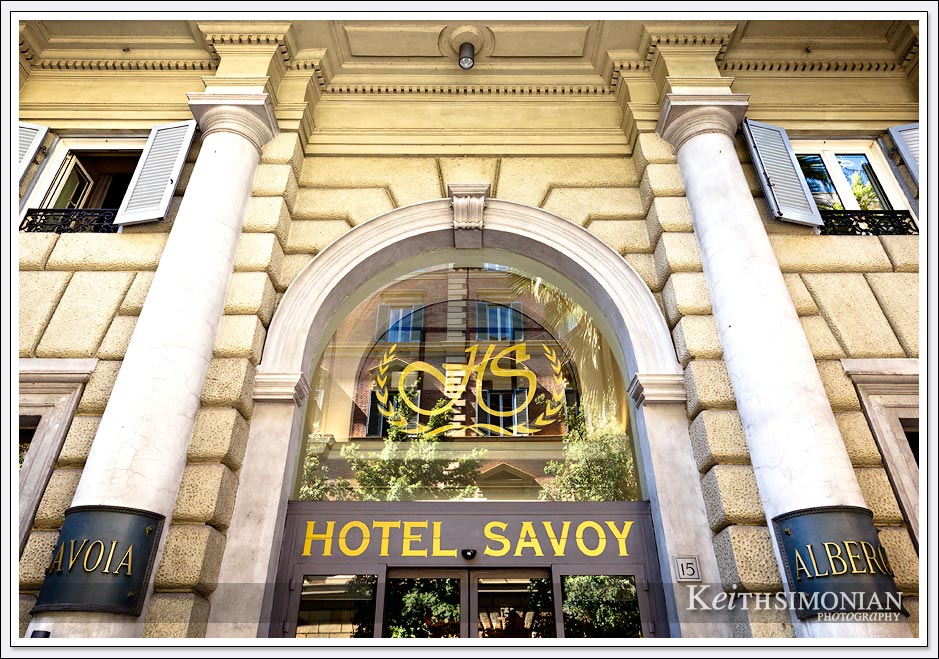 Our hotel in Rome. 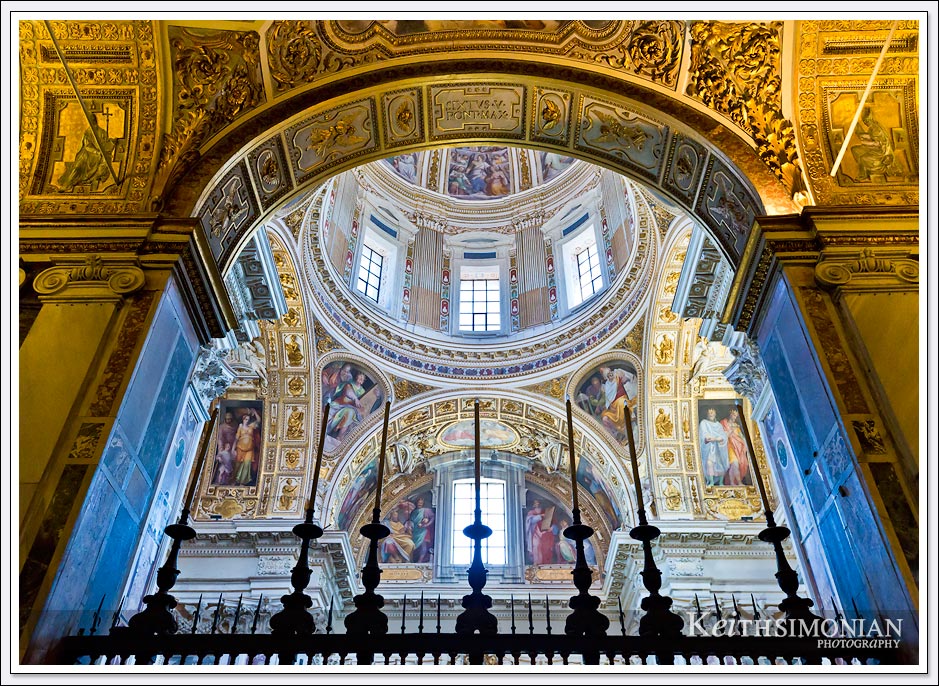 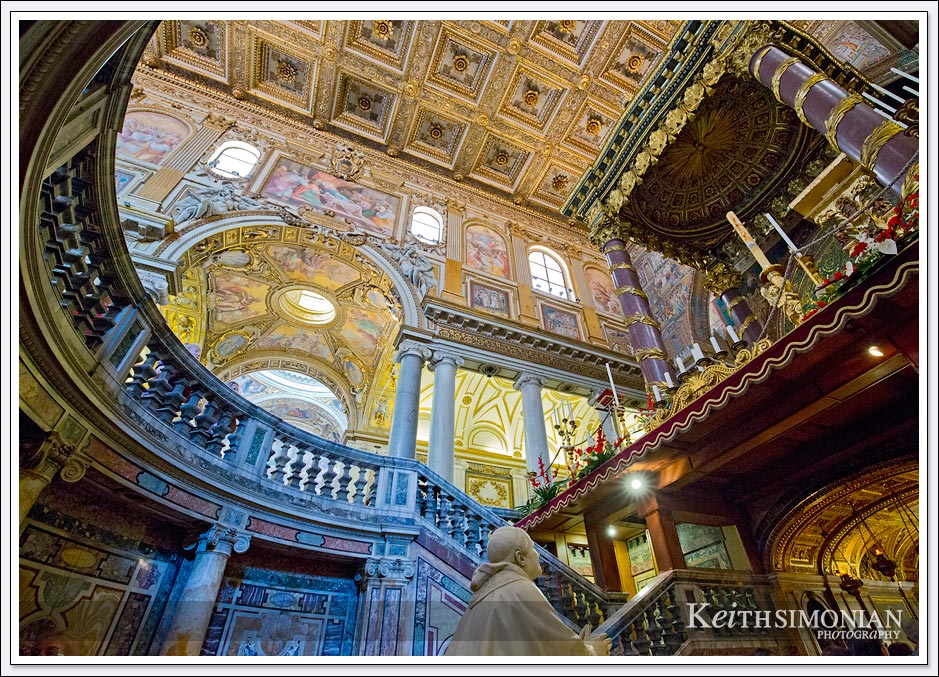 Pretty certain Santa Maria Maggiore would be the most famous church in Rome were it not for St. Peter’s Basilica. 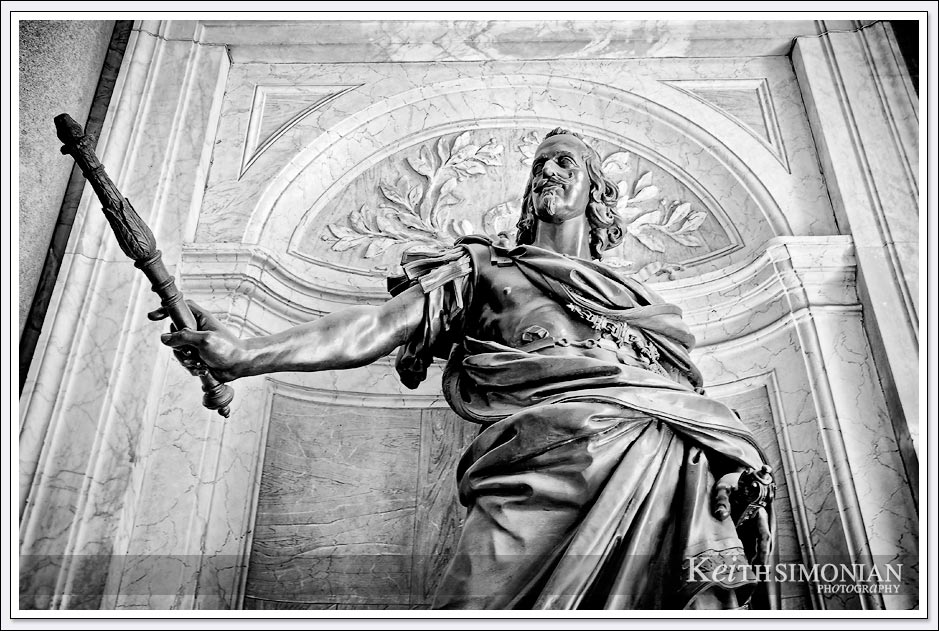 This statue is King Philip IV of Spain who if I remember my research correctly was one of the Basilica’s benefactors. 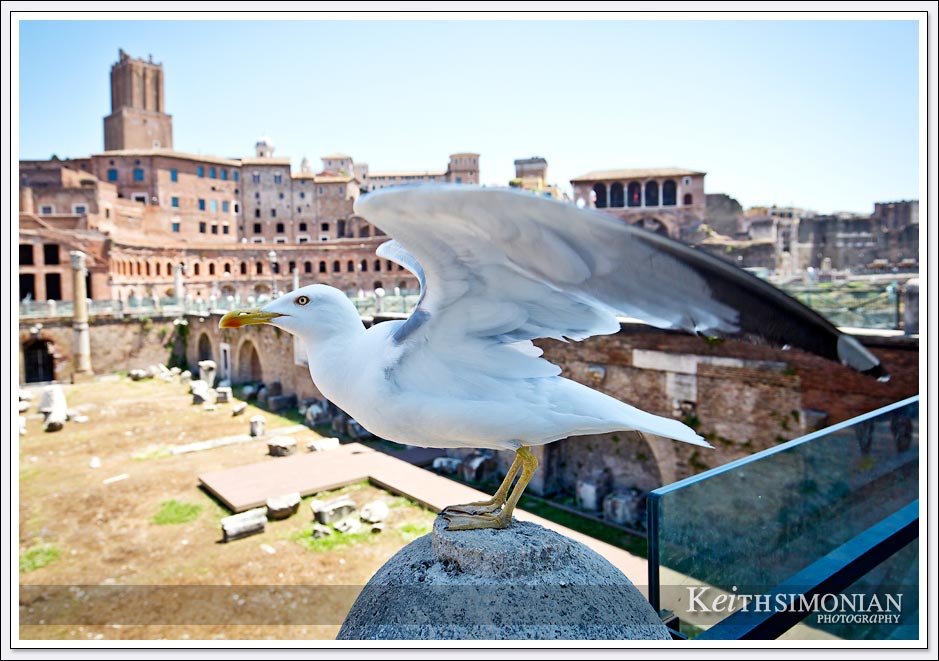 This “Roman Eagle” knows that the food is where the tourists are. 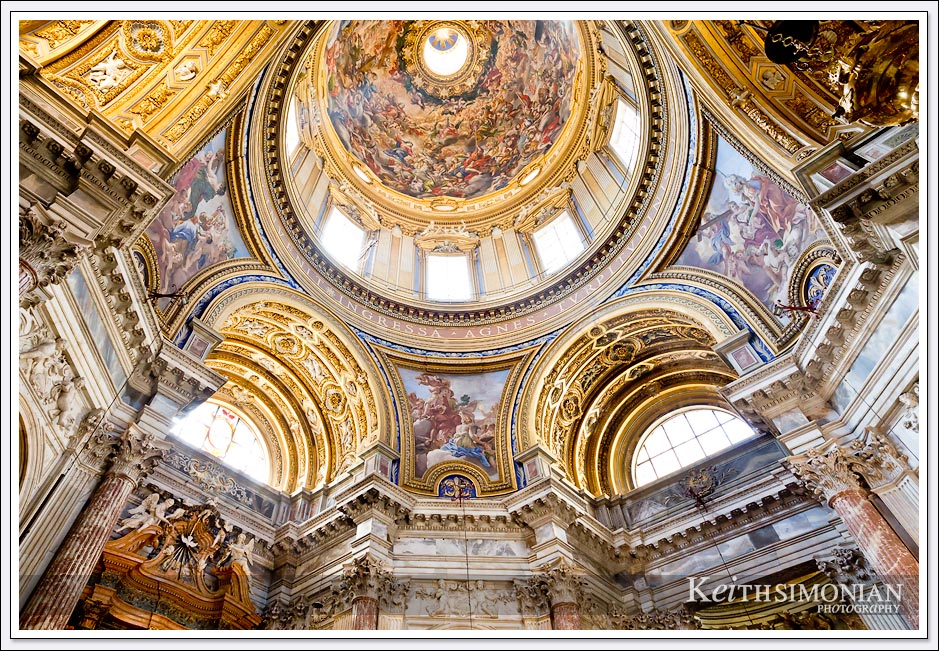 It’s almost like there is an amazing church around ever corner in Rome. This one is the Chiesa di Sant’Agnese in Agone Church – 1672.