My European trip ended more than a year ago, and I made the first post about the trip a about a year ago. This post will be the last about the trip and contains the adventures of  Day Twenty-Four and Twenty-Five. Good news though, I’ve made a single post that has a link to each of the posts along with a photo to remember each stop. You can view that post HERE.

Day Twenty-four was spent a sea, which gave us time to leave the Greek Island and reach Naples Italy. This photo was taken while driving up to the top of the island. 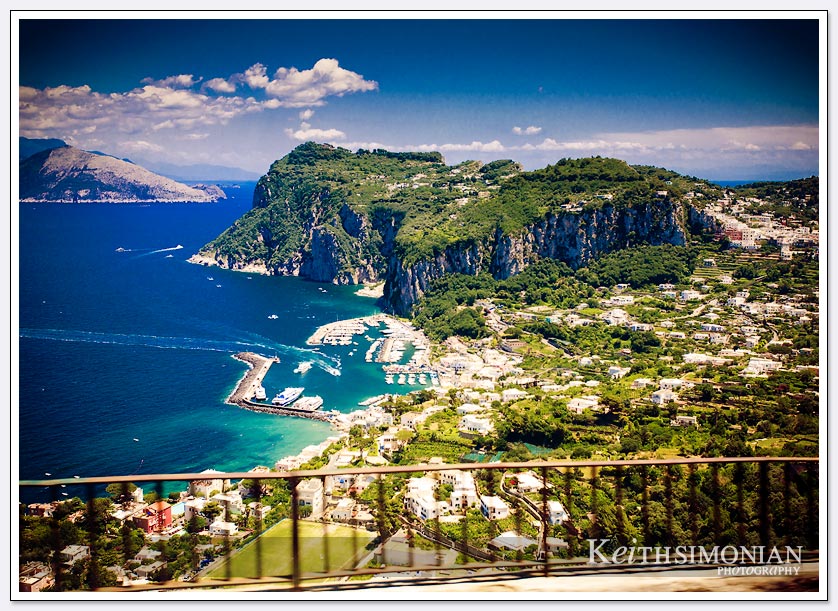 Colorful view of the clouds and islands on day twenty-four which was spent as sea. 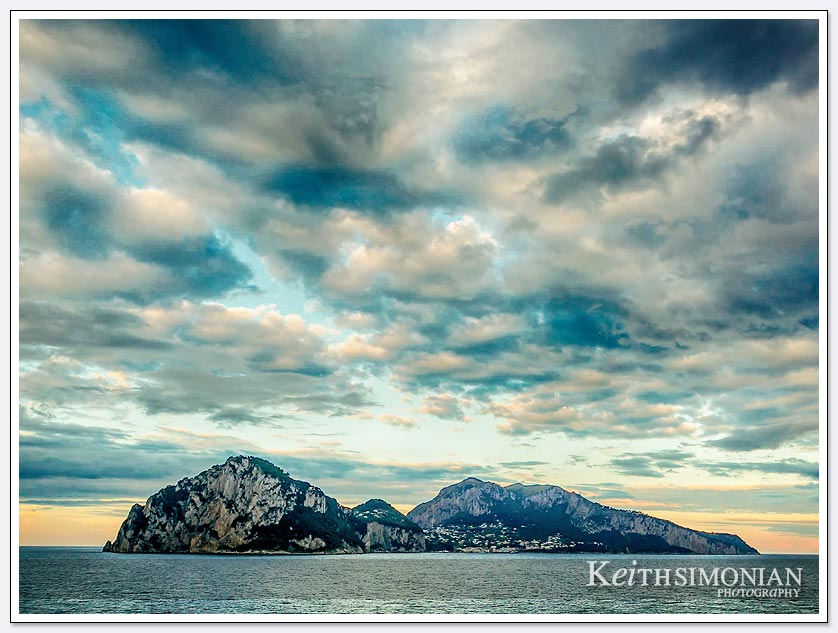 Naples looks like an inviting place, but it seems to be more of a stopping place to go somewhere else. We did. 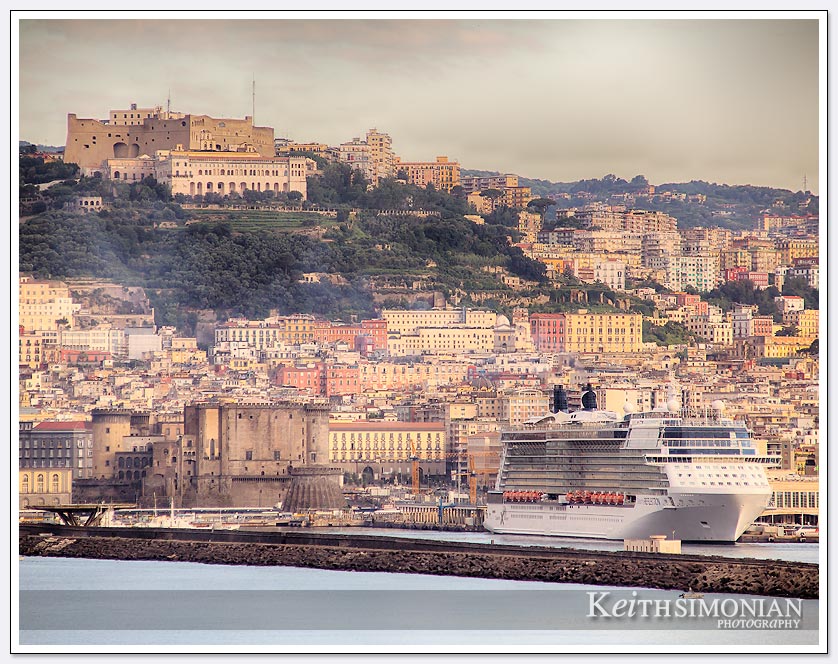 So as the tour guide started his presentation, he mentioned if you wanted to visit Naples, go to Florida. You were now in Napoli. I sensed the locals don’t like tourists coming to their home town and giving it a different name. 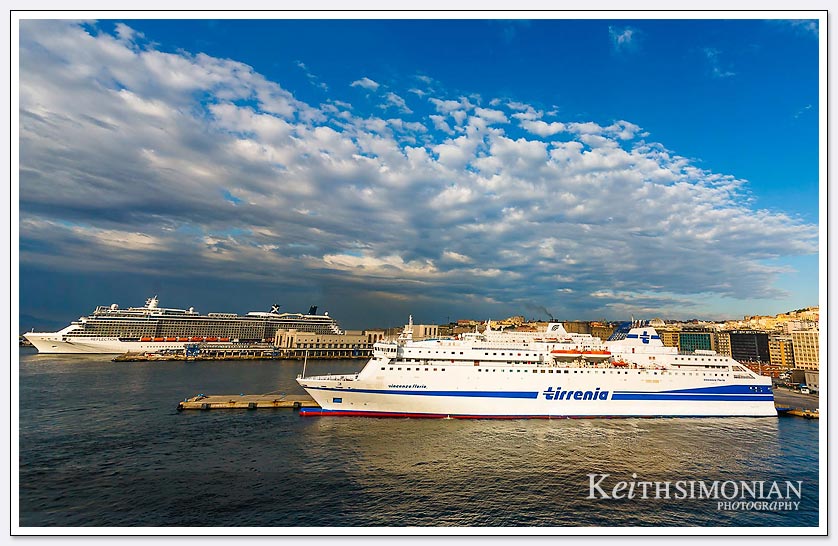 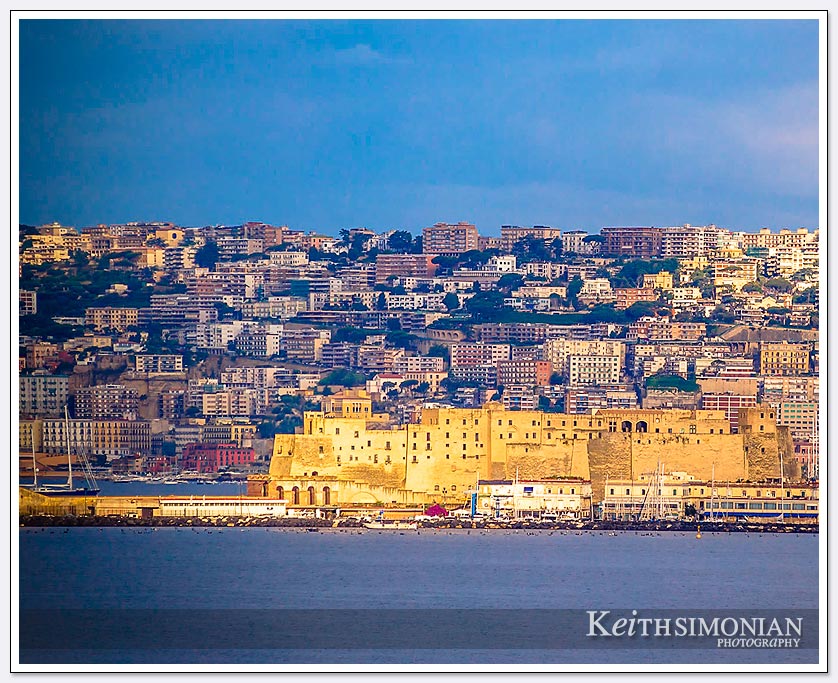 The scenery rushes by as the ride aboard a Capri bus takes us up the island. What is a Capri bus you ask. It’s a very narrow bus that whisks you up and down the island while allowing you to look over the steep cliff edges to ponder your own mortality. 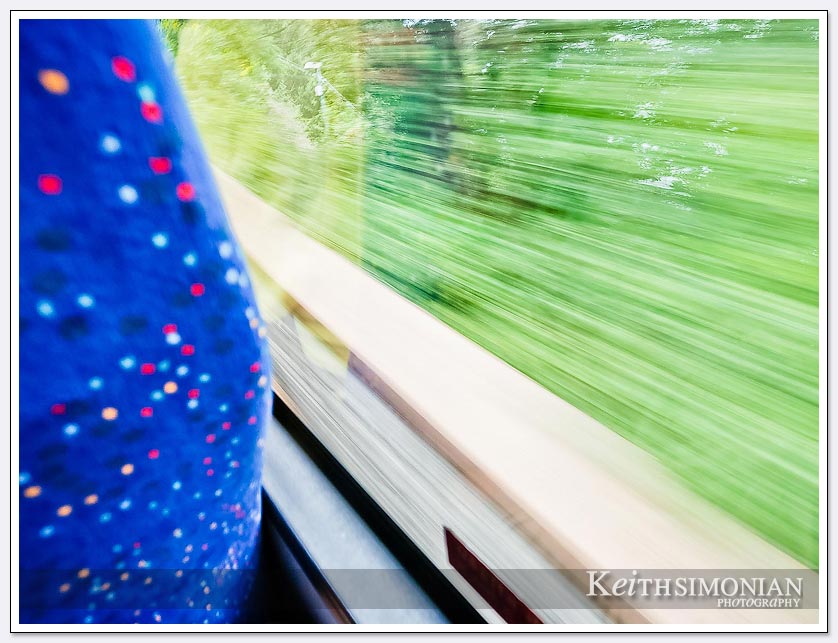 Not sure if the just put the underwear out for the tourists to take photos, or to dry. 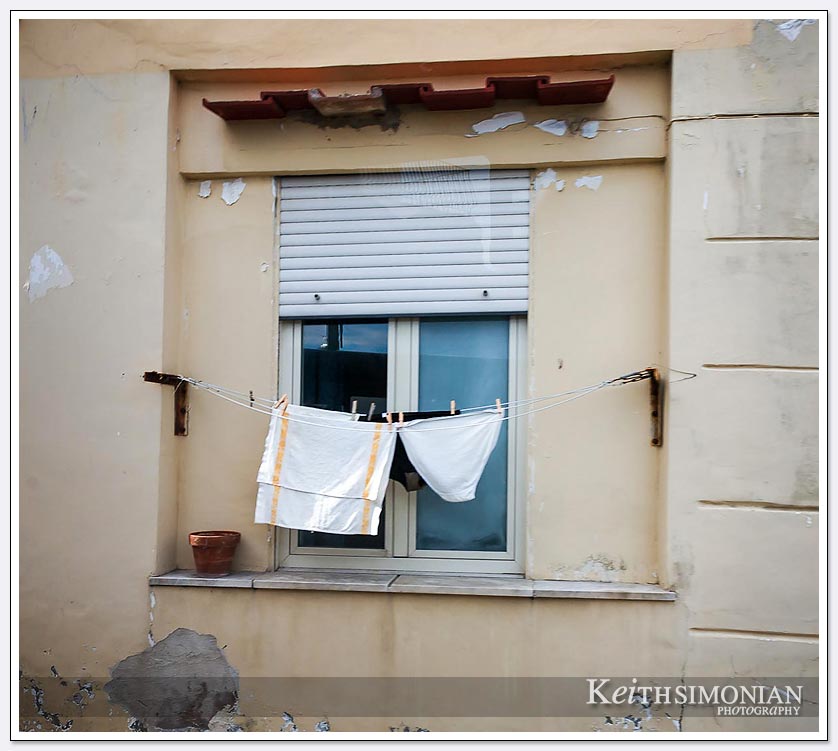 If the ticket wasn’t enough to let you know where this photos was taken, the large signs saying Seggiovia Monte Solaro would. The tour guide said if you were afraid of heights you might not want to take the chair lifts to the top. After staring down at 2,000 sheer cliff drops while riding the Capri bus up, the 50 foot elevation the chair lift attained were nothing to worry about. 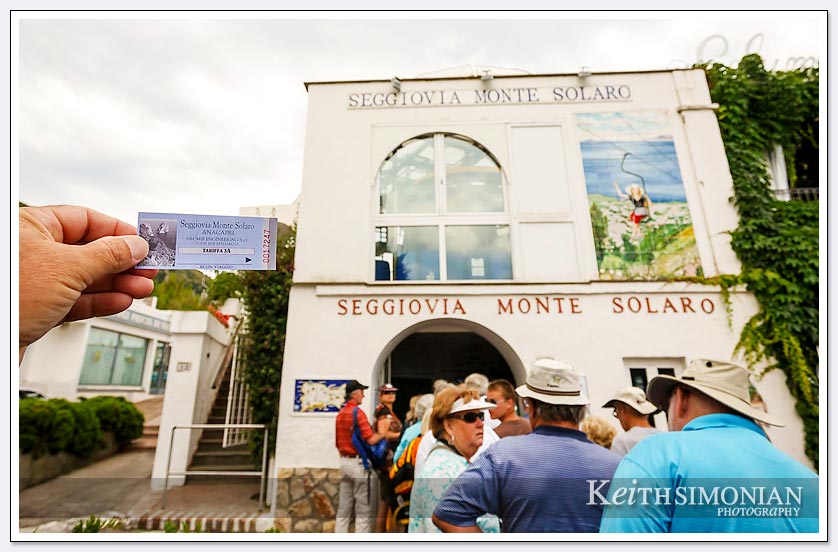 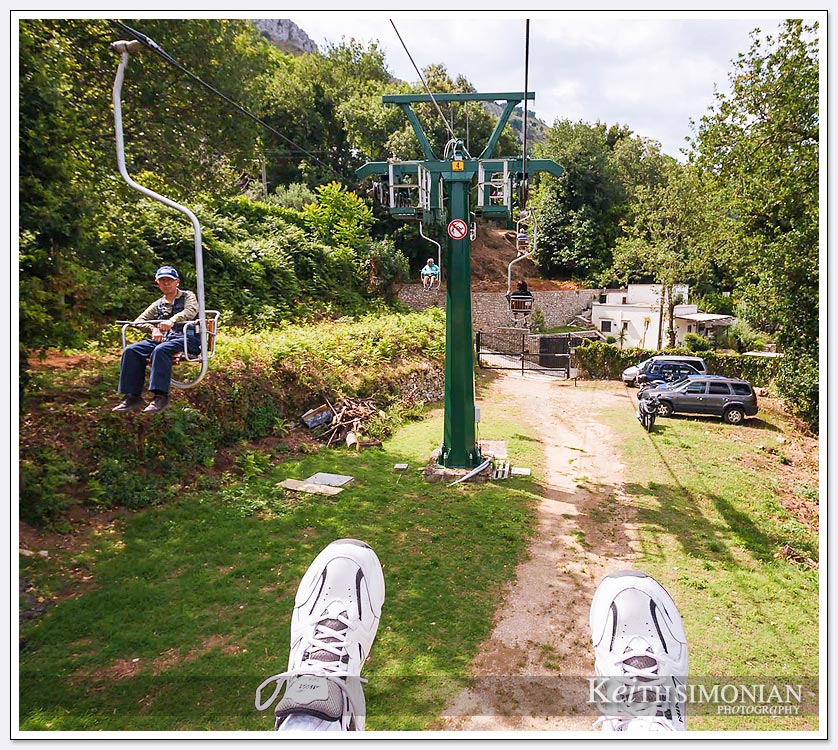 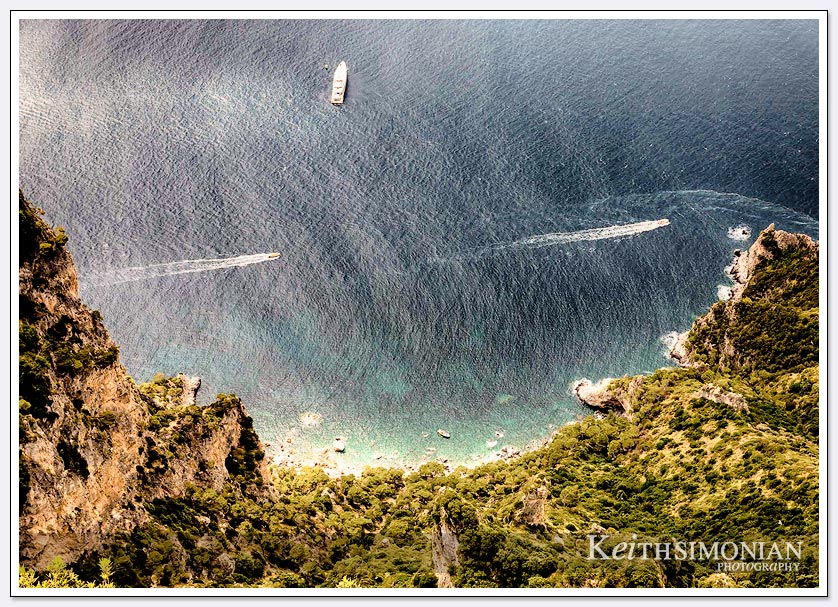 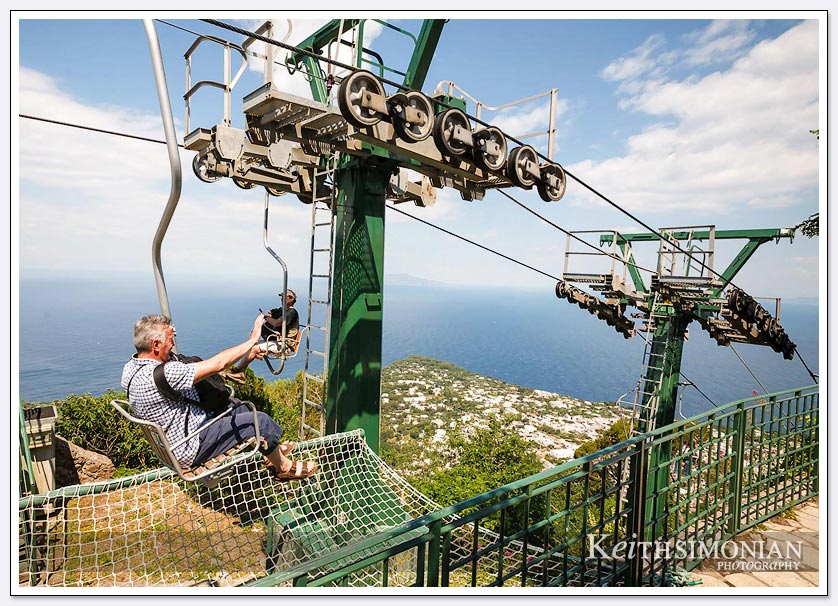 Some people enjoyed the view while riding to the top, others not pictured were friggin texting. 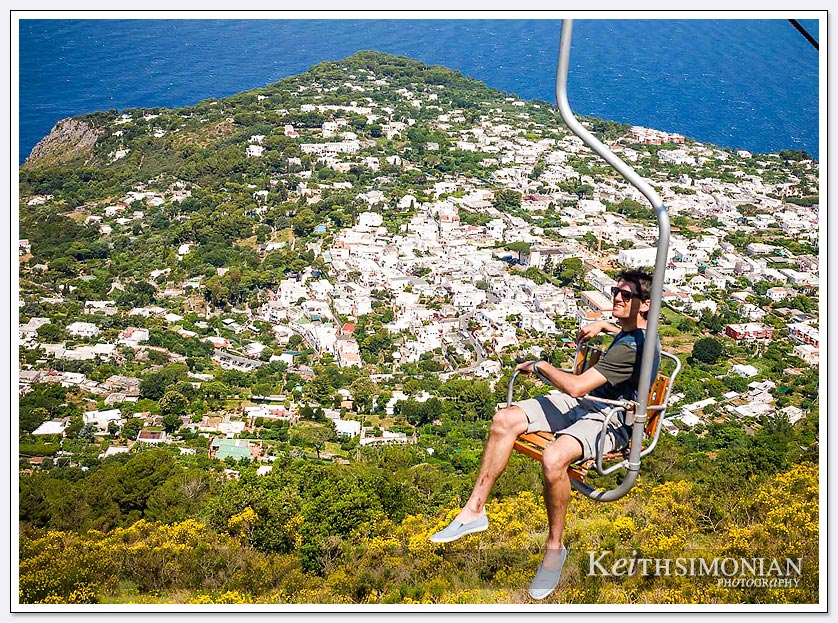 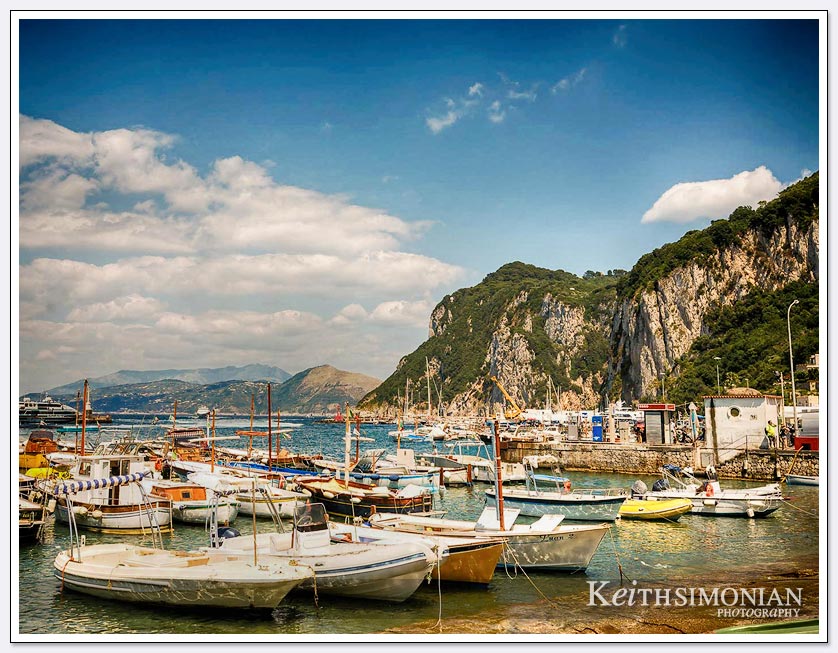 The birds knew the fishing boat might provide a free meal. 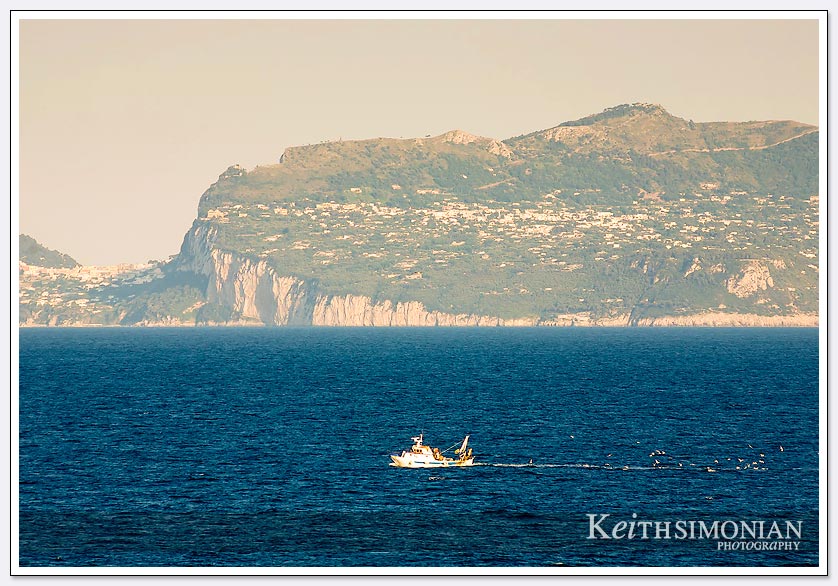 This photo from our last night a sea shows the last sunset aboard the Holland America ship MS Zuiderdam, which was our home for 22 days. 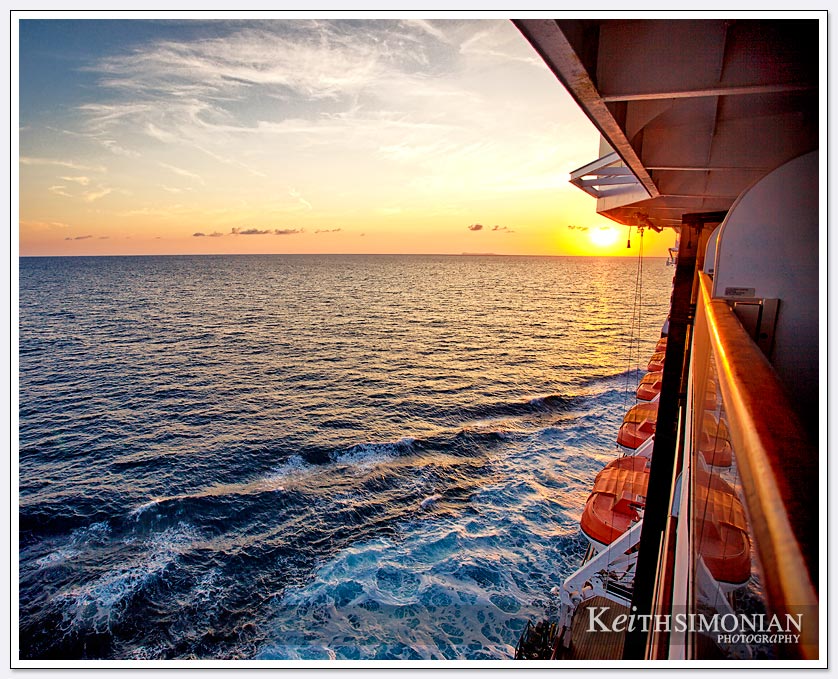 I hope my many thousands of readers have enjoyed the photos and pithy comments I’ve provided about each stop along the way.

Those 27 days truly were a trip of a lifetime.