As the ship sailed into the harbor outside Nafplio, Greece where we would drop anchor we passed large windmills like those you see hundreds of along Highway 580 on the Altamont pass. It was kind of like being at home driving past the windmills on a large boat. While the fine folks on the ship call the town where we dropped anchor Nafplion, the people that live the like to call it Nafplio. Google seemed to side with the people of the town, and not those from the Holland America cruise line. 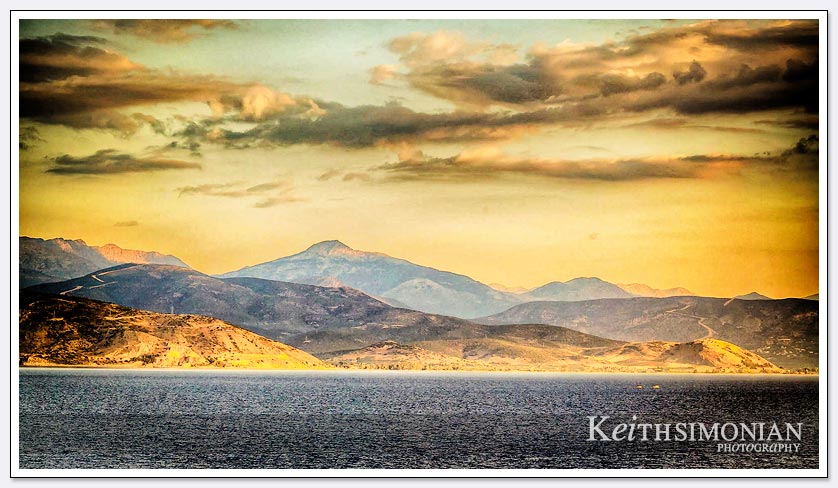 Sunrise on the windmills outside of Nafplio. 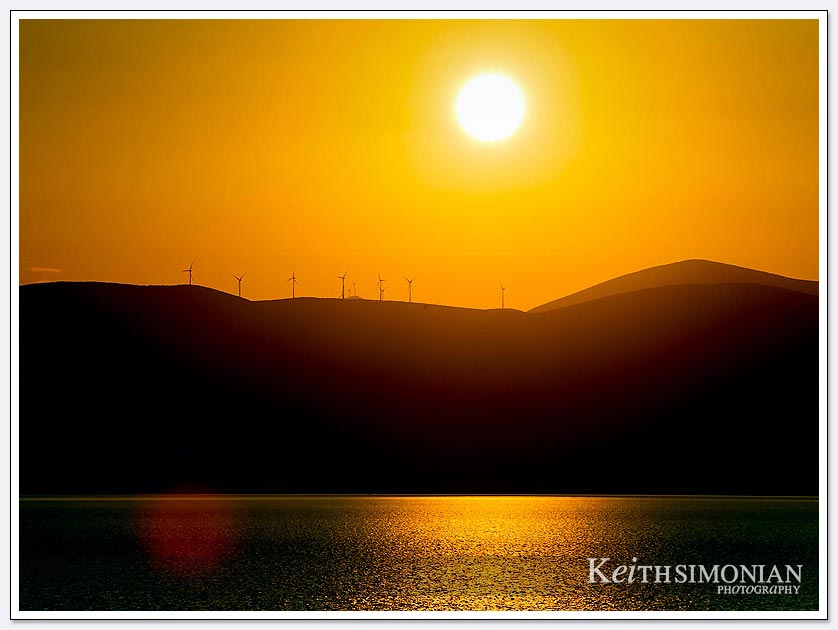 Inside the  Treasury of Atreus or Tomb of Agamemnon at the Panagitsa Hill at Mycenae, Greece which was built in 1250 BC.  A google review of the tomb included this line from a youngster visiting the site, “My son said to me: mum I feel like I’m in an Indiana Jones movie”. It did have that feel. 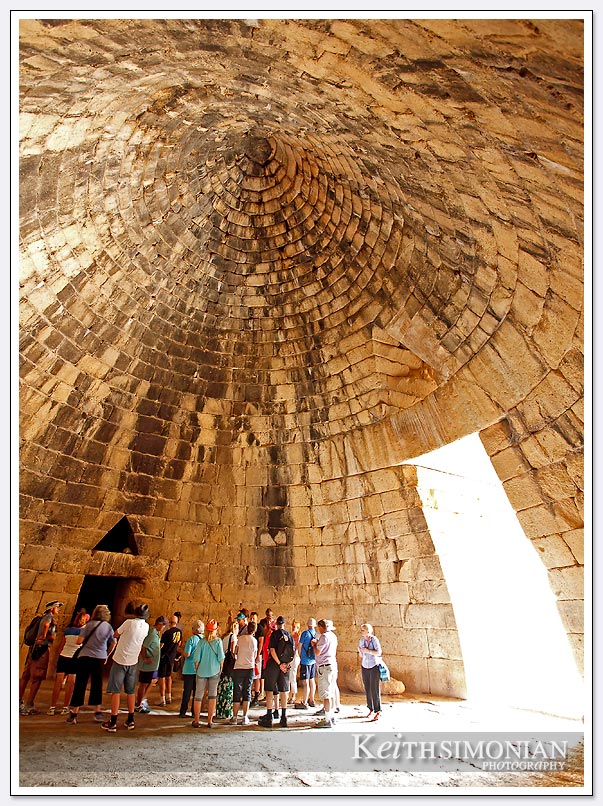 There was this Australian tourist who was pointing out “interesting” facts about the ceiling in the  Treasury of Atreus. 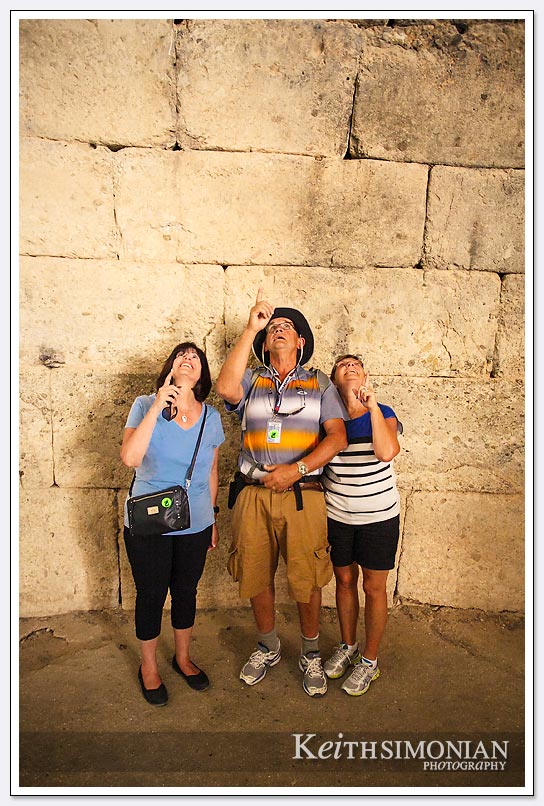 View from the Fortress Palamidi of Nafplio and our ship anchored in the harbor. 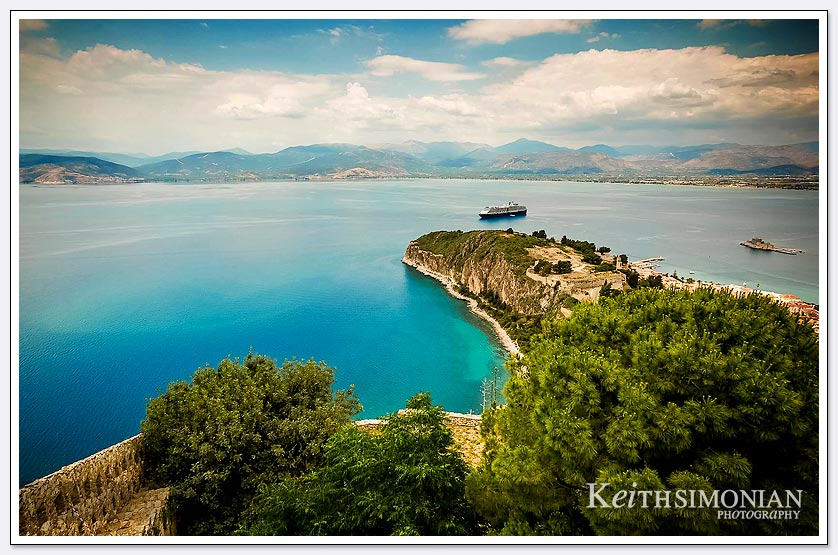 Some travelers are adventurous and will try the local cuisine. Not me. A couple days into the cruise after eating dinner on the ship I thought I was getting food poisoning. I wasn’t, just something about the food upset my stomach. You don’t want to get sick on the cruise and say something like, “I’m too sick to leave the ship, but it’s OK, I will see Venice in my next lifetime”. 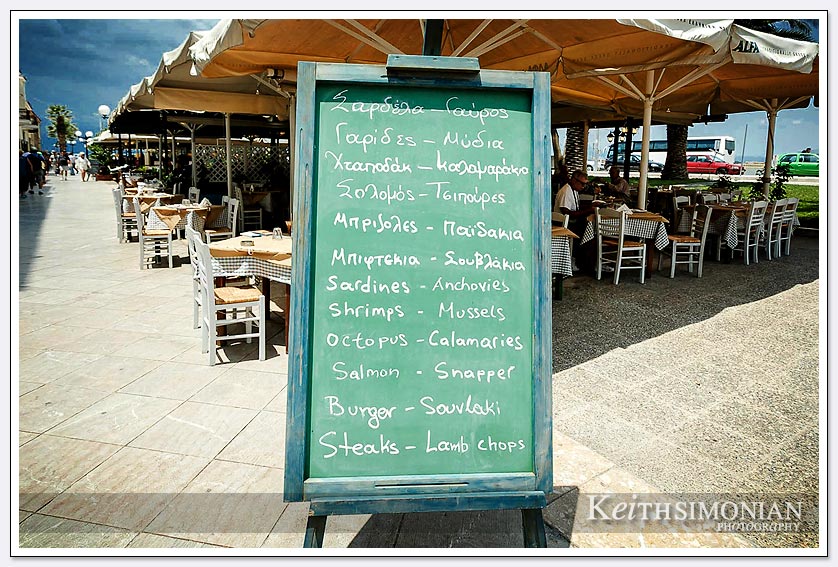 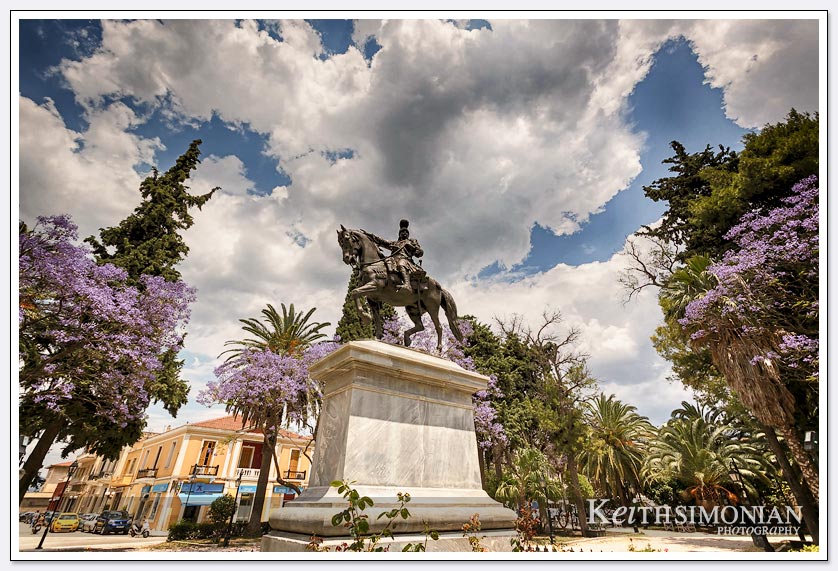 It was some type of utility box with a painting and  message in English – “relax… have a cigarette”. 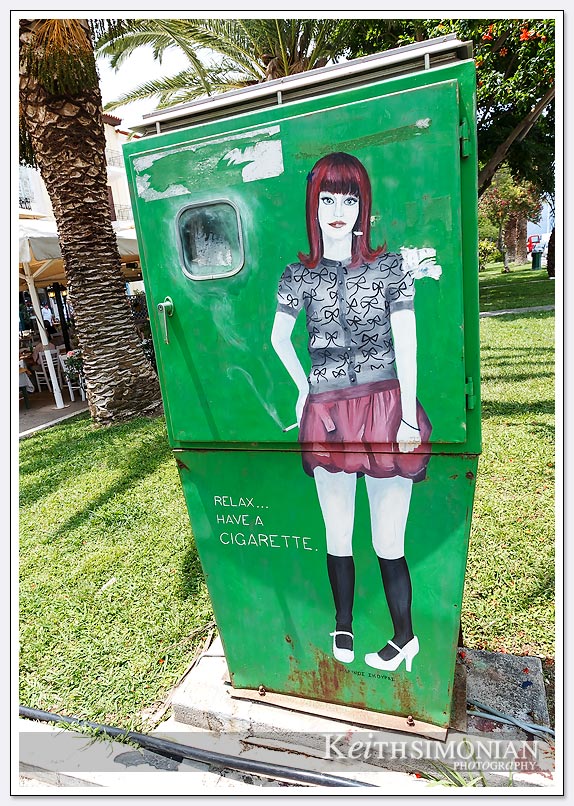 The Fortress Palamidi atop the hill above Nafplio which was built by the Venetians during their second occupation of the area from 1686 to 1715. 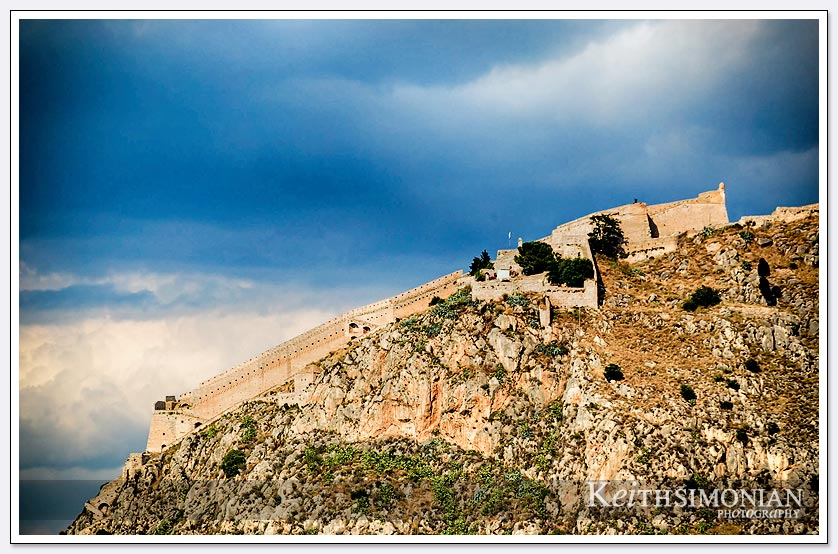 Not every port of call has dock space big enough for a cruise ship that holds 3000 people, so you are “tendered” into port. What does tendered mean? It means that you and about 120 other people are crammed into one of those orange life boats shown in the photo below. It also means the ship line will have the tender boat sit there and wait till it’s completely full which of course means it reaches it full potential for heat and humidity. 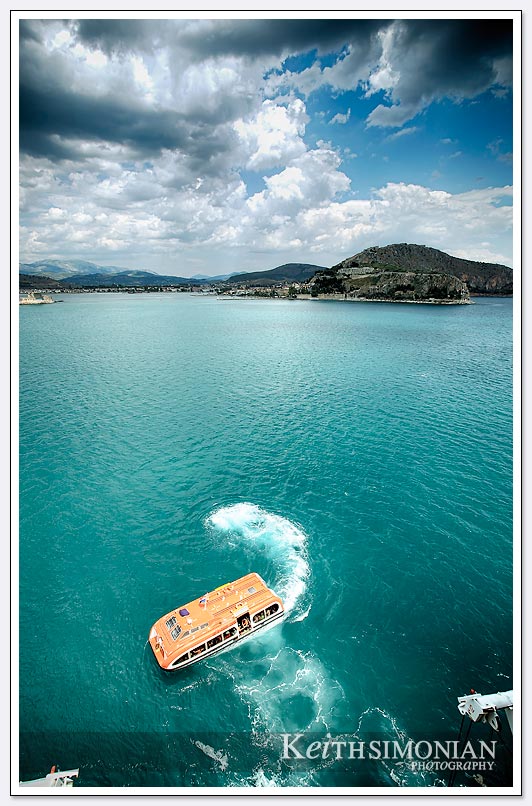