There just aren’t enough quality quarterbacks to go around the NFL. Yesterday the Houston Texans signed Denver Bronco quarterback Brock Osweiler to a four year $72 million deal despite the fact Osweiler had started only 7 games in during his 4 years playing for the Broncos.

Maybe the Houstan Texans saw this play from the 2014 preseason game between the San Francisco 49ers and Denver Broncos at Levi’s stadium in Santa Clara and thought Brock Osweiler must be worth $72 million as he can pass the ball while being tackled. Or maybe there just aren’t enough quality quarterback to go around all 32 teams in the NFL. 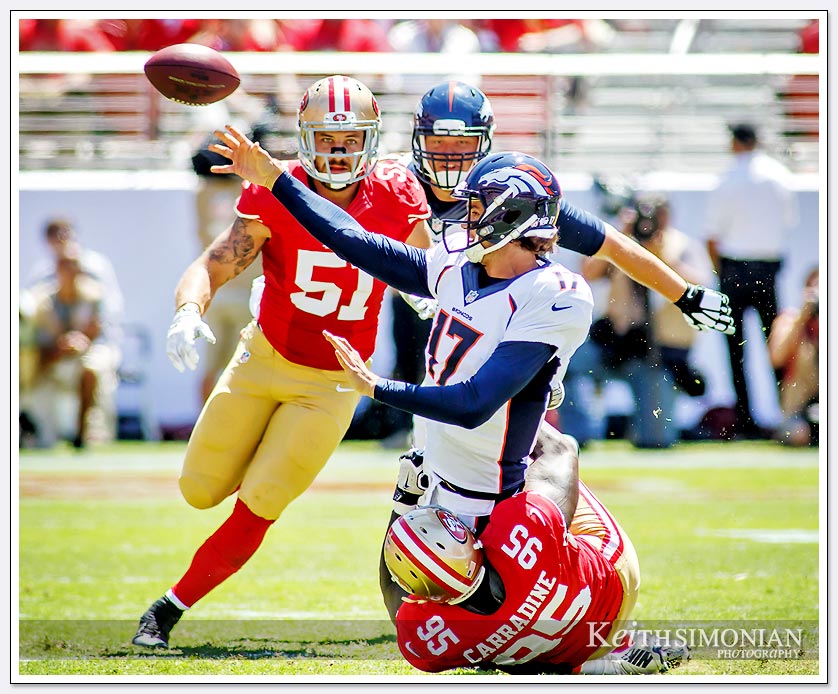