The firing of Tomsula by the San Francisco 49ers after the final game victory against the St. Louis Rams this Sunday didn’t come as much of a surprise as the possibility of it happening had been reported earlier during the day. Long story short, somebody had to take the blame for the 5-11 season, the first year head coach was that person. That said, you hire a coach will little experience and then have multiple starters retire, quit, or get injured and a 5-11 season is to be expected.

Here Jim Tomsula is looking towards the refs for an explanation during the 49ers game on November 29th against the Arizona Cardinals at Levi’s Stadium in Santa Clara. 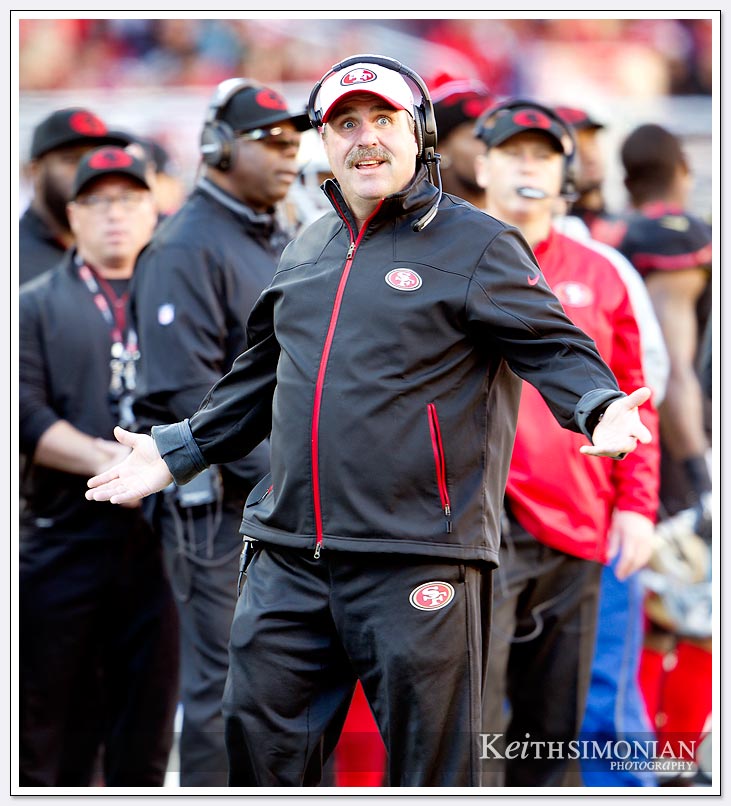