Kansas City Chiefs quarterback Alex Smith returned to the San Francisco Bay Area just 19 months after he was traded by San Francisco 49ers to face his old team in the newly completed Levi’s stadium in Santa Clara. The game didn’t quite go the way Alex Smith would have liked as the 49ers scored the last nine points of the game for a 22 – 17 victory.

Though his team was defeated by the quarterback that replaced him and sent him to the Kansas City Chiefs after the game the biggest reunion was with that very same quarterback Colin Kaepernick.

This photo shows San Francisco quarterback Colin Kaepernick #7 and Kansas City Chief quarterback Alex Smith #11 embracing after the game along with a few of their “photographer friends” there to capture the moment. 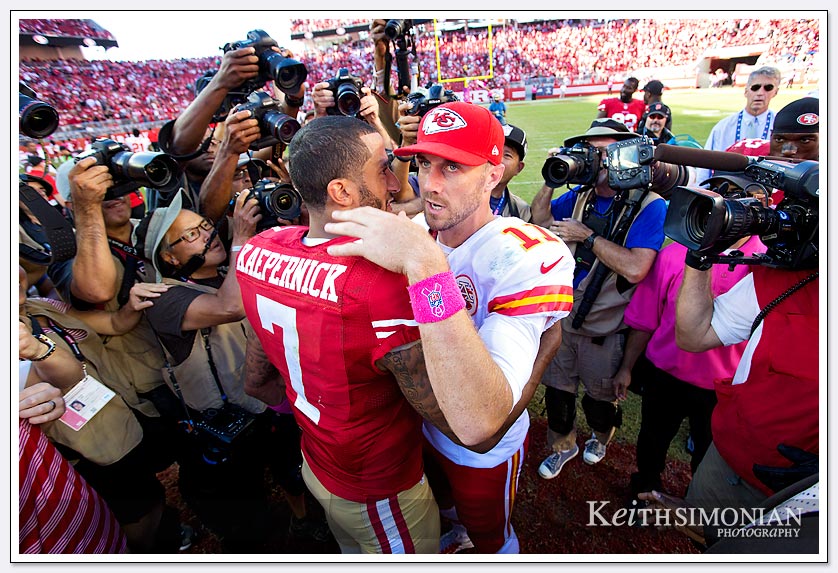 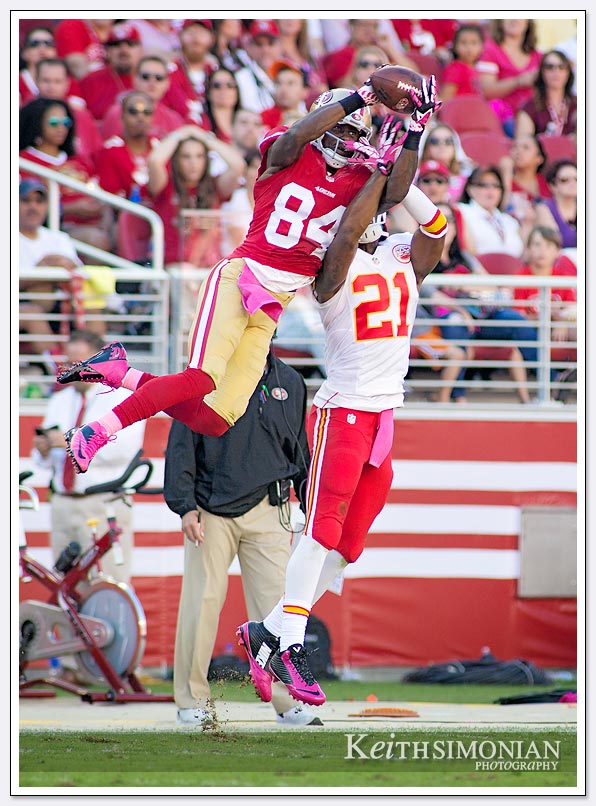 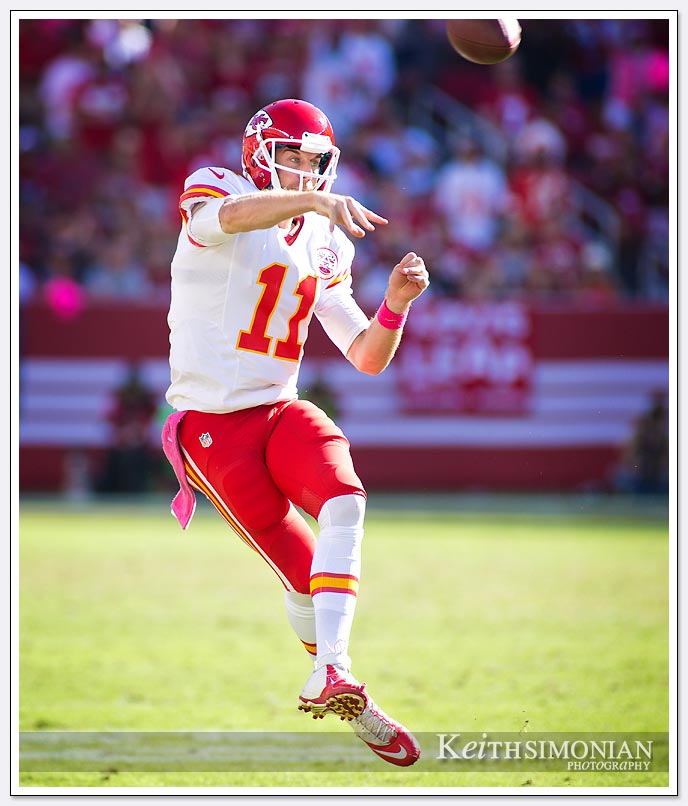 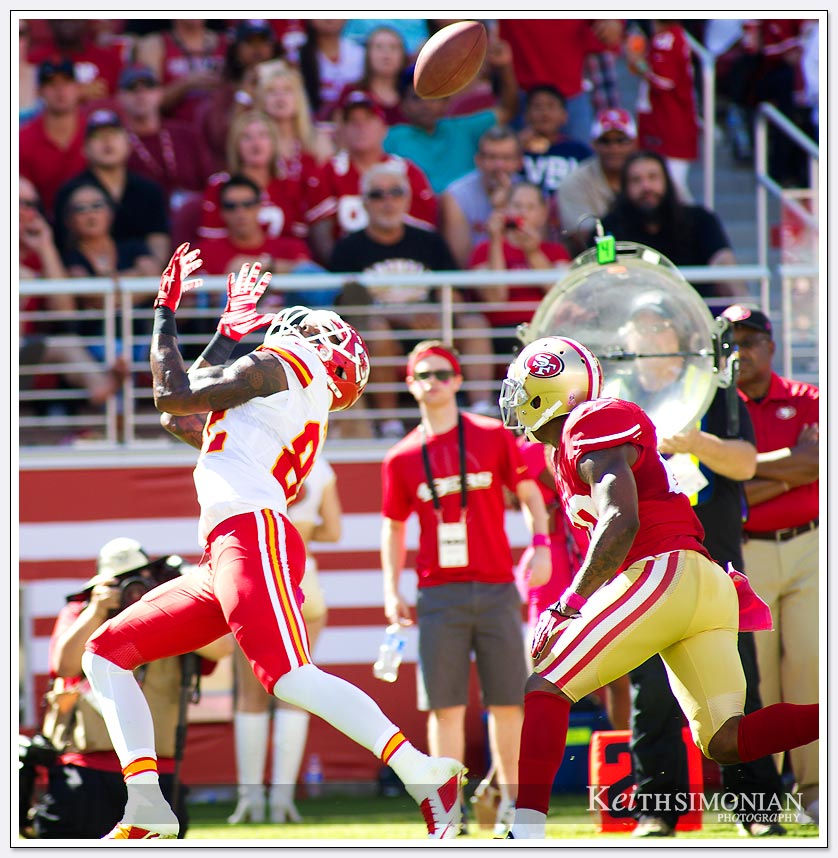 It was almost a beautiful over the shoulder catch. Almost. 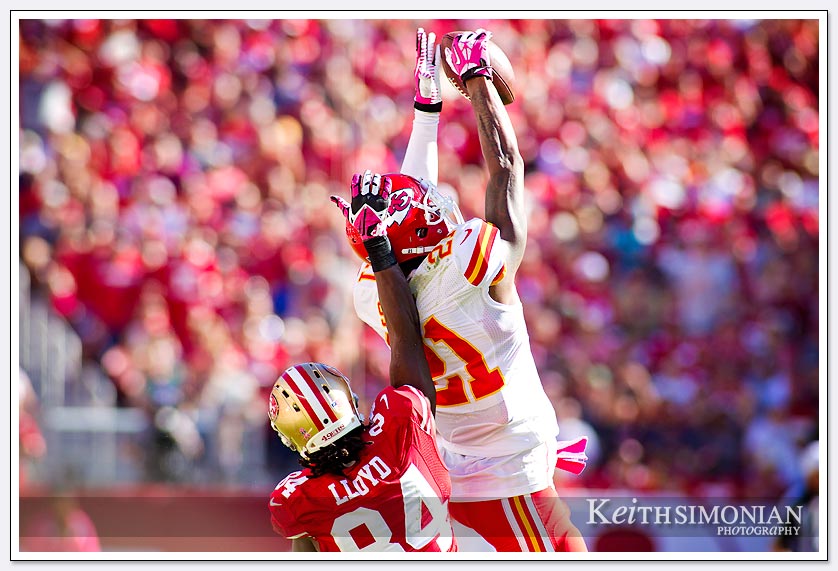 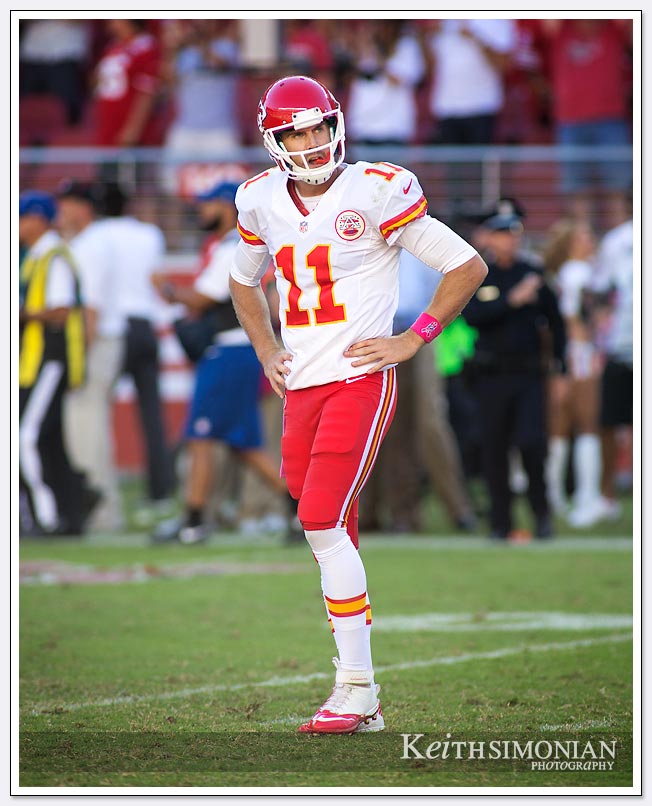 The game didn’t quite go as Alex Smith wanted as he walks off the field after just throwing a 4th quarter interception that sealed the 49er win at Levi’s Stadium in Santa Clara.