With the 2014 Oakland A’s team photo right around the corner, I figured it was finally time to put together a time lapse for the team photo I did in 2013.  The A’s finished the 2013 season as AL Western Division Champion for the 2nd year in a row and with a record of  96 wins and 66 losses. They were defeated by the Detroit Tigers in the American League Division Series.

The time lapse from the 2013 team photo day consists of about 900 images in total taken from two different cameras, and lasting 95 seconds. 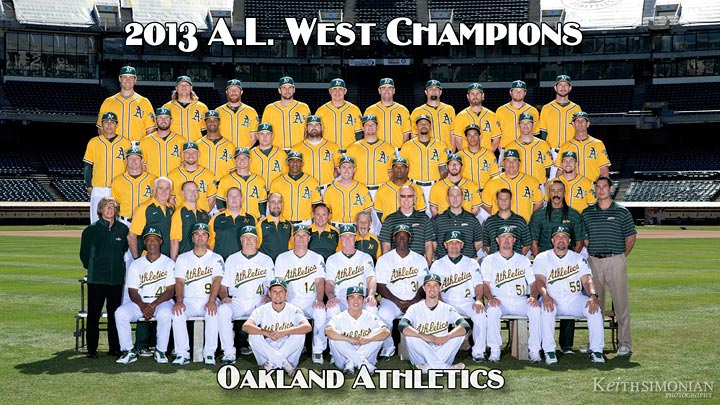