The San Francisco 49ers will host the Green Bay Packers this Saturday 5pm at Candlestick park in the NFL Divisional playoffs. The story line is and will be, how does 2nd year quarterback ColinÂ Kaepernick stack up against last year’s NFL MVP Aaron Rodgers. 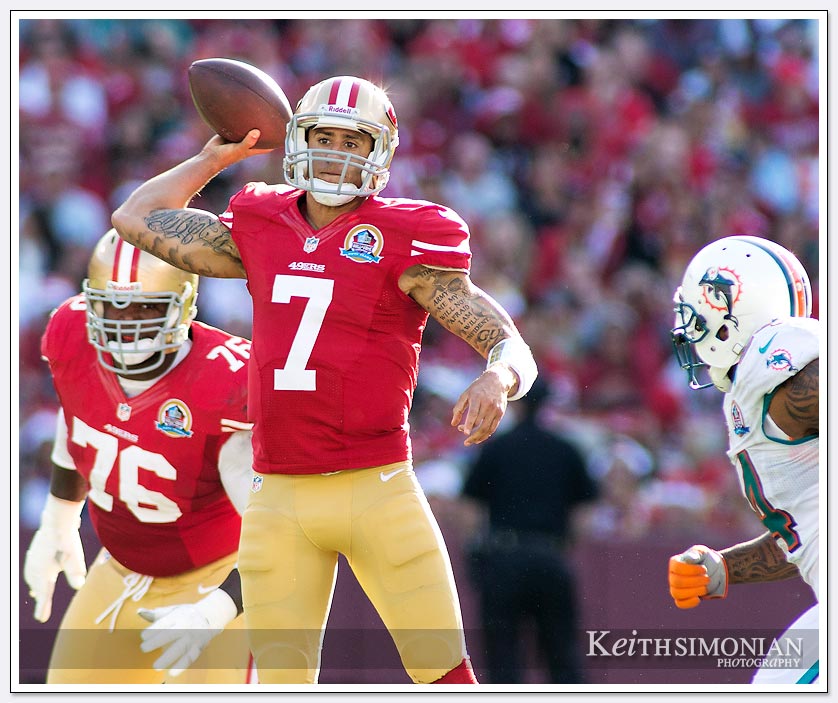 Quarterback Colin Kaepernick will lead the San Francisco 49ers against the Green Bay Packers in the NFL Divisional Playoffs. 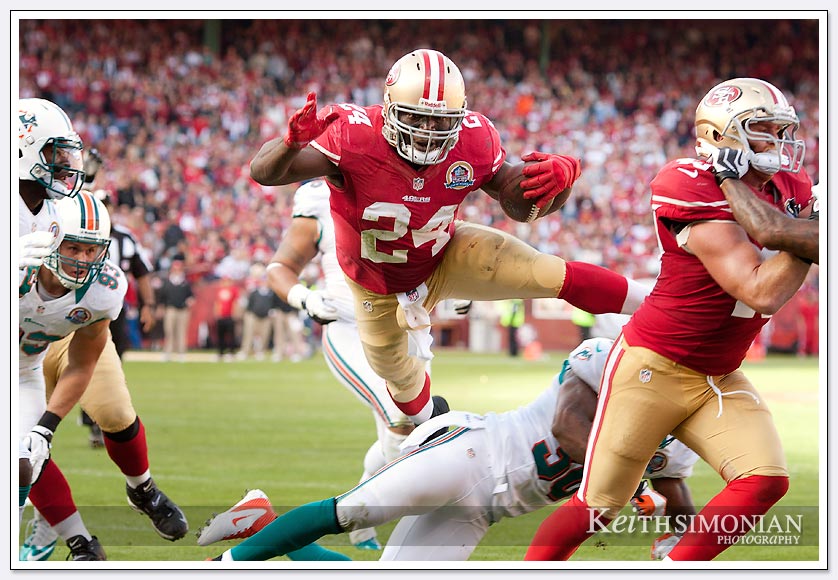 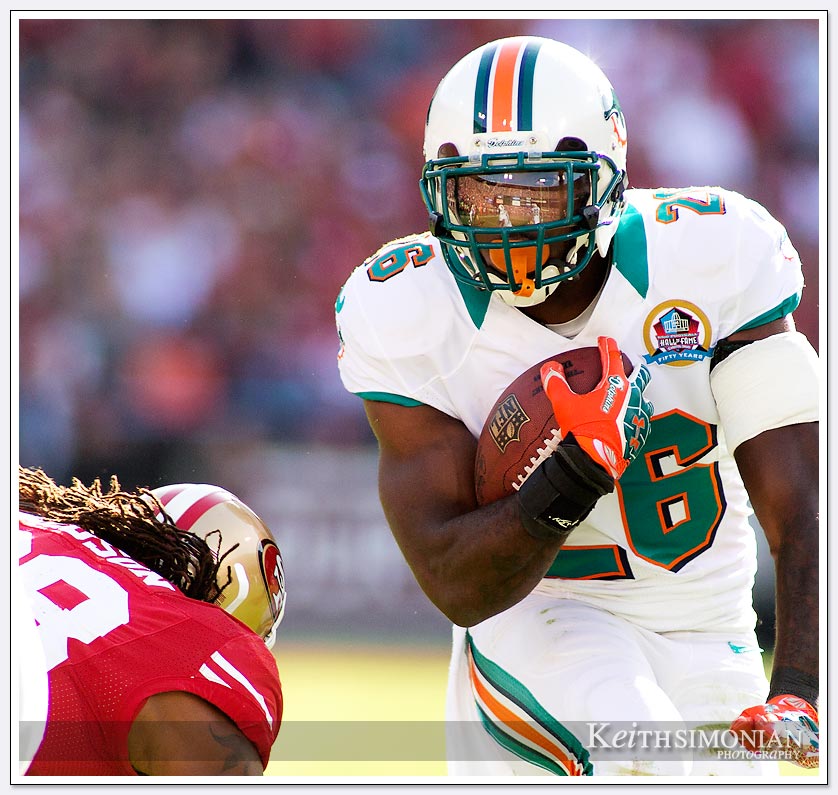 The entire field and stadium reflect off the face mask visor of Miami Dolphin running back #26 Lamar Miller.