It started out GREAT, and ended poorly.

That would describe the 11 years Jeff Tedford spent as the head coach of the California Golden Bears football team. I was fortunateÂ enough to photograph the Cal Bears football games during all the but the last season Â of Jeff Tedford ‘s tenure as head coach. As the first line of the post mentions, it started great, and ended poorly.

I’ve photographed Cal football for over 30 years. Â I’ve seen the ups and the downs. 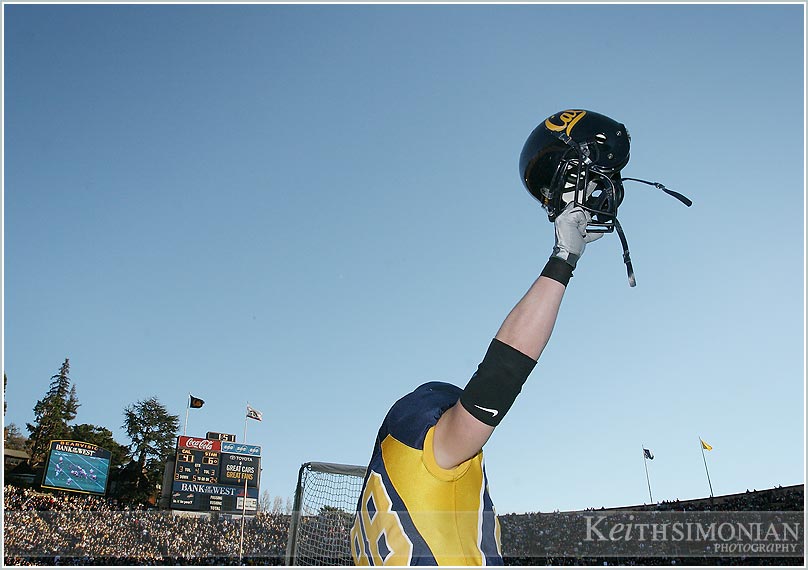 The season before Jeff Tedford took over certainly was one of the down seasons. The team would finish the year at 1-10. I still remember the season opener that year. It was as though Cal didn’t know there was a game that weekend as they appeared very unprepared to play organized football. It wasn’t that they were playing a vastly superior team, it was just a team that knew how to play college football.

Things changed from the very first play from scrimmage of the very first game Jeff Tedford was head coach. As I recall the play, the Quarterback Kyle Boller threw a backwards pass to his running back who then threw the football down field to a wide open receiver who scored a 61 yard touchdown. Just one play from scrimmage, and Cal Bear fans had reason for optimism at Memorial Stadium. Â Cal won that game 70-22 over the visiting Baylor Bears. It would be the season that saved Kyle Boller’s college football career, and got him selected 19th overall in the 2003 NFL draft by the Baltimore Ravens.

Things had changed for the better at Memorial Stadium, and Jeff Tedford was the reason. By the 2004 season, Cal was national football power. They went to USC and lost a nail bitter to the Number 1 ranked team in the country that seasson. They would finish the season 10-1 and expecting a invite to the Rose Bowl as Pac-10 champion USC would be playing in the BCS National Championship game.

These two photos from the Bears home season ending victory over Stanford show both players and fans thought Cal was heading to the Rose Bowl to meet the Big Ten champion Michigan. Why wouldn’t they? Well enter into the picture Texas coach Mac Brown who wanted his Texas Longhorns to visit the Rose Bowl. Never mind that Cal was ahead of Â Texas in the polls and their only loss was to the number one team in the country. Never mind that Cal hadn’t been to the Rose Bowl in decades. If Texas coach Mac Brown could find away to sway voters his way, he was going to get that Rose Bowl bid. Turns out Mac Brown did sway enough voters to just barely squeeze into a Rose Bowl spot the didn’t deserve, while 4th ranked Cal ended up in the you-got-screwed-over-royally-bowl ( Holiday Bowl ) 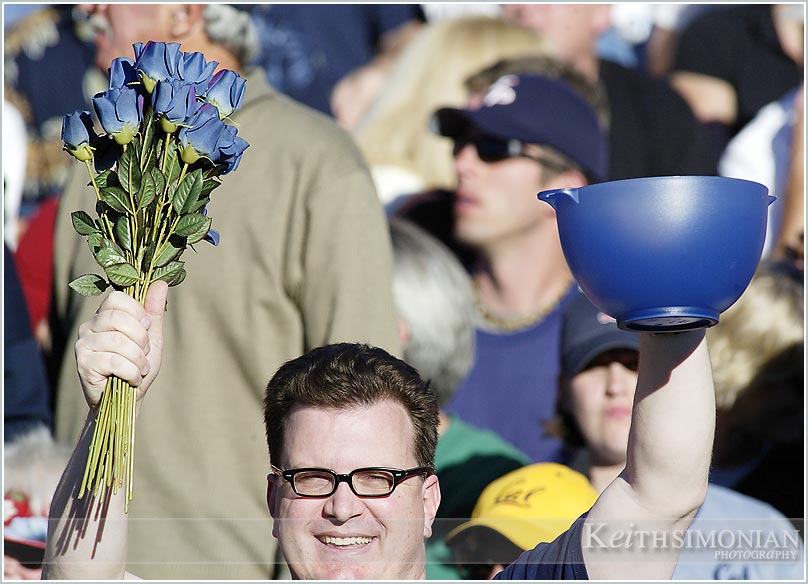 There were more good years to come, but it might have been a sign. If a 10-1 season with a loss to the number team in the country doesn’t get you into the Rose Bowl, what will? After all, Cal will never really be a football factory school. Instead of producing National Championship football teams they instead Nobel Prize winners on a regular basis. That’s something to be proud of, it just doesn’t get you on Saturday TV during football season.

Things were going pretty good at the start of the 2005 season. So good in fact, a Cal coed professes her love for Cal coach Jeff Tedford with her homemade shirt.

Of course the good times would only last a couple more years. The last 5 years have been pretty average, to down right sorry. It was time to go. 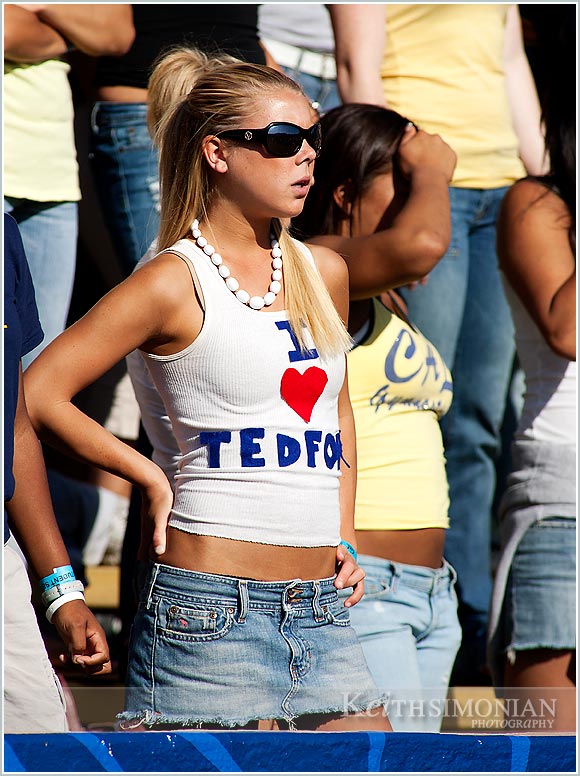 Coach Tedford, thanks for all the memories, the victories, and the new stadium that your wins made possible. 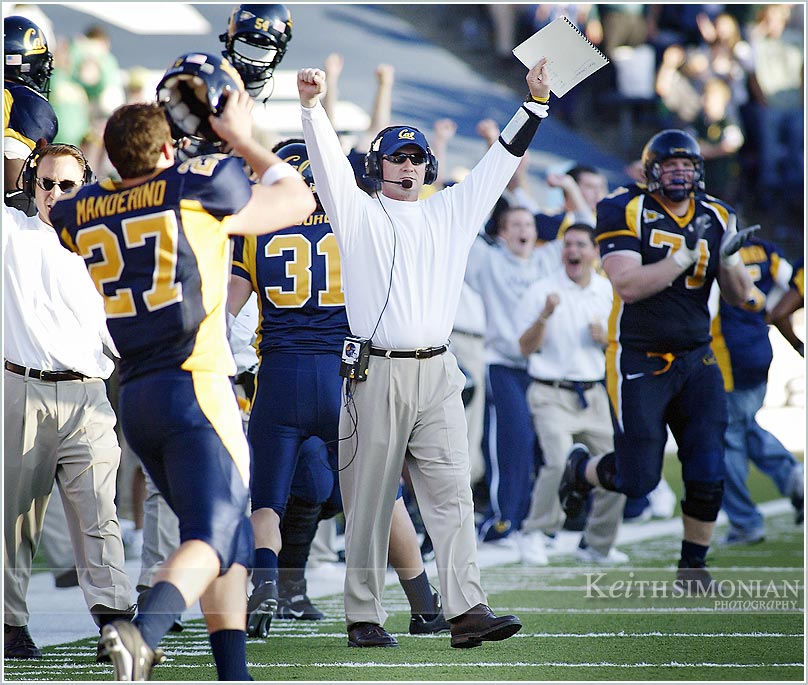 January 2014 Update: After the 2013 NFL season which saw the Tampa Bay Buccaneers go 4-12, they fired their head coach and immediatelyÂ replaced him with Lovie Smith. Smith immediatelyÂ hired Jeff Tedford to be his offensive coordinator in Tampa Bay. This will be Tedford’s first coaching job in the National Football League after coaching in both the Canadian Football League and Division 1A college football.