It was announced yesterday ( August 1st ) by his agent Joel Segal that Randy Moss age 34 would retire from the National Football League ( NFL ) after playing for 13 seasons with 4 different teams. Moss was drafted in the first round  ( 21st pick overall ) of the 1998 NFL draft by the Minnesota Vikings. After 7 seasons with the Vikings he moved on to the Oakland Raiders for 2 not so productive seasons. The old Randy Moss returned as he played the next 3 years with the New England Patriots. Moss retires with 153 receiving touchtowns, 2nd most in the NFL behind only Hall of Fame wide receiver Jerry Rice. On the subject of the Hall of Fame, Moss certainly had the numbers, talent, and excitement to garner a first round vote into the Canton, Ohio shrine. The question is, will his off the field behavior stop a first round induction. 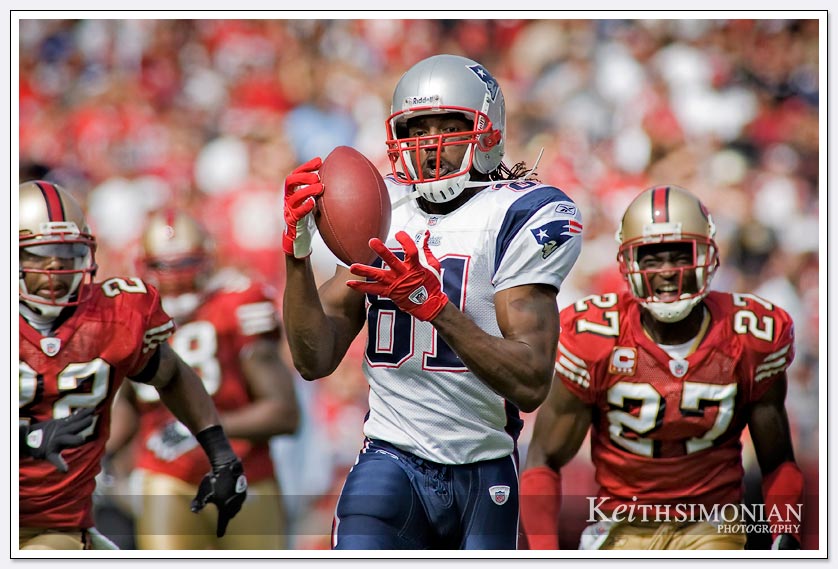 March 14th, 2012 update: It seems at least in the NFL that retirements don’t always last. The latest player to come back after retiring is Randy Moss after missing the 2011 NFL season. This time instead of catching passes against the San Francisco 49ers, he will be catching them for the 49ers as he signed a one year contract for the 2012 season. Moss was signed by the 49ers after passing a physical at Stanford University this past Sunday and then running the route tree on Monday with 49er head coach Jim Harbaugh throwing the passes to the wide receiver. I guess it helps to have a former NFL quarterback as head coach.