This past Sunday while driving home from an engagement session in San Francisco I stopped at the Marin side vista point of the Golden Gate Bridge to see if the heavy evening traffic would make for a nice photo. That’s the amazing thing about the Golden Gate bridge, even a traffic jam on the bridge can make for a nice photo. Here are the details on how this image was made. I was hand holding a 70-200mm f 4.0 zoom on my Canon 5D Mark II and took the photo at 1/25 of a second at f 4.5 ISO 2500 using the image stabilization ( IS ) feature. The IS made it possible to take a steady photo at 1/25 of second with the lens extended out to 200mm. While the traffic made for a nice photo, I don’t think that was on the minds of the travelers who were slowly moving across the bridge at 8:48 PM on a Sunday night. 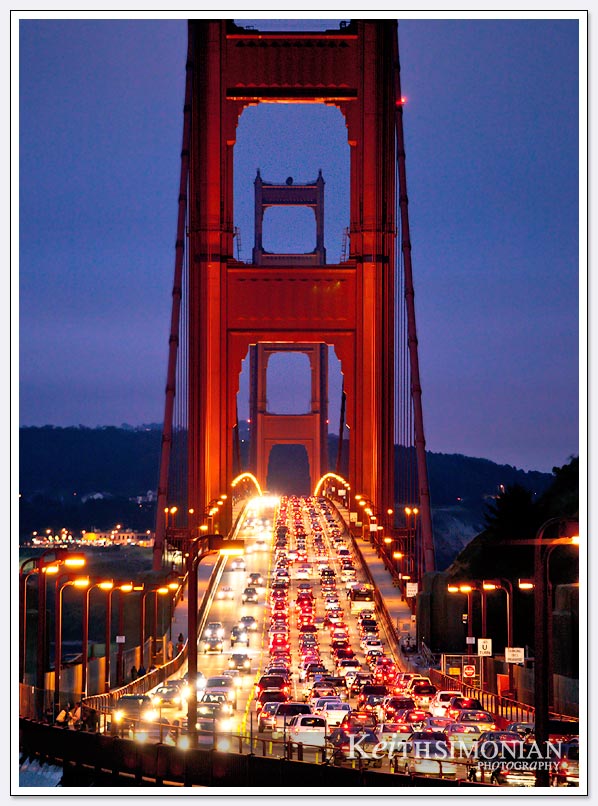 The Transamerica Pyramid, Coit Tower and other San Francisco landmarks from the Marin side vista point at the Golden Gate Bridge. 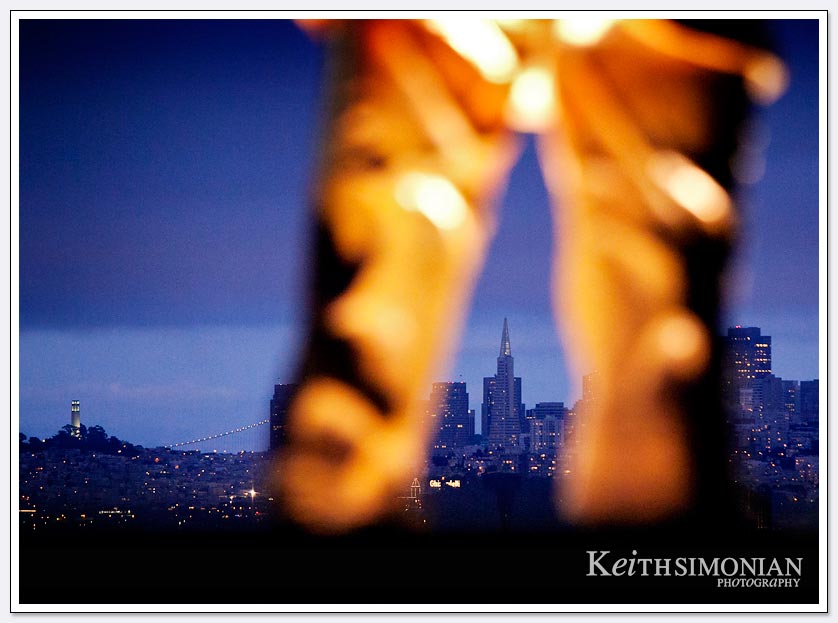