As I was driving home from San Francisco across the Golden Gate Bridge this past December I noticed that radiation fog ( sometimes called ground fog ) was starting to cover the lower sections of the bridge. Hoping to get a nice photo of the effect, after crossing the bridge I pulled into vista point to see if there was a photo to be made. There wasn’t. After looping around the parking lot at Vista Point I headed to the West side of the bridge driving along Conzelman Road looking for a better angle. Driving all the way to the Lower Fisherman’s parking lot I was able to find a view that captured the effect.

In this photo you can see the Golden Gate Bridge, the Bay Bridge, the Transamerica Pyramid, Coit Tower, Treasure Island, the Oakland Harbor, and the white cranes from the apocryphal story that George Lucus based the Imperial Walkers on them in the second Star Wars movie, The Empire Strikes Back. I had to look up the meaning of “apocryphal story”. What it means is, the story isn’t true, but it won’t go away. 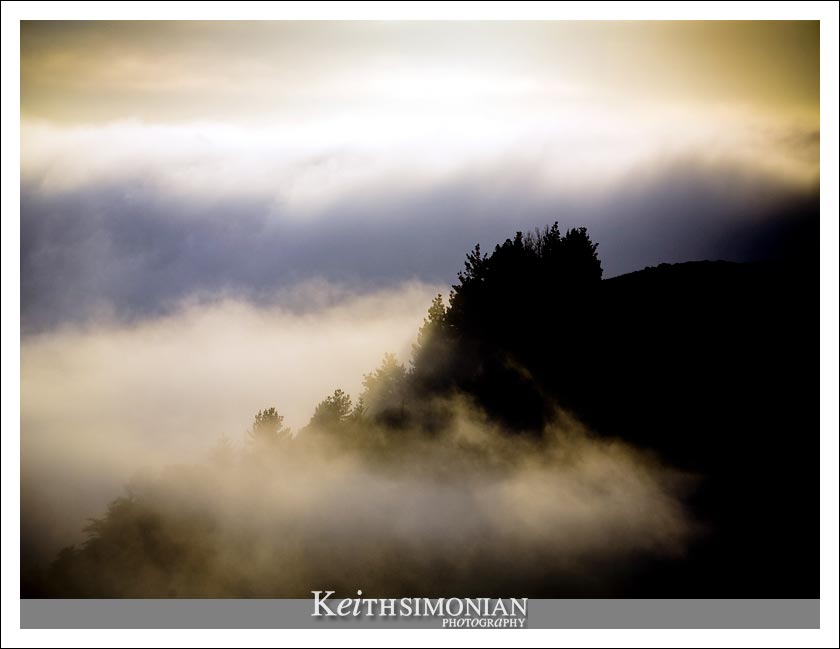 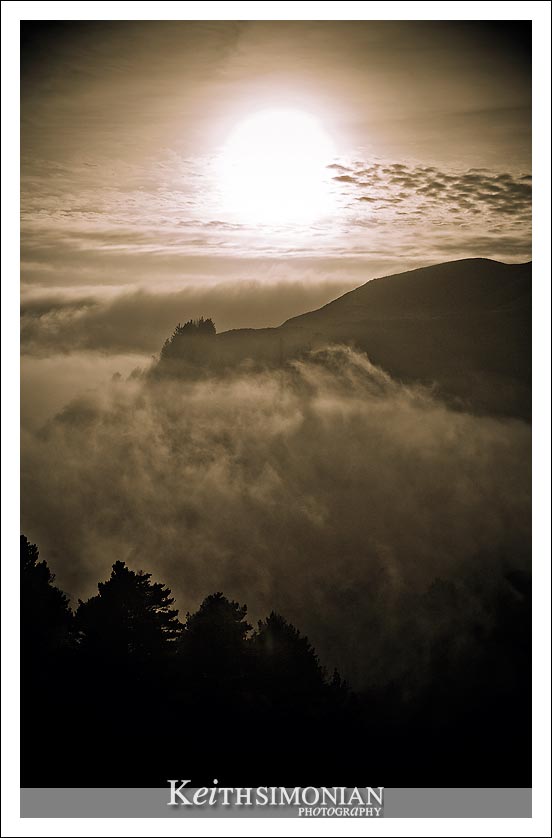