The Stanford Cardinal led by quarterback Andrew Luck defeated the California Golden Bears 48 to 14 today at Memorial Stadium in the 113th Big Game. The Stanford victory gives the Cardinal a 10-1 record on the season at an outside chance at the Rose Bowl or another Bowl Championship Series ( BCS ) game. With the current BCS setup,Â  sixth ranked Stanford with only one loss on the season to the number one team in the country, the Oregon Ducks, may be excluded from all any of the BCS games.Â  The California Bears fell to 5-6 with the loss, and face the Washington Huskies next Saturday in the last game of the regular season needing a victory to become bowl eligible. 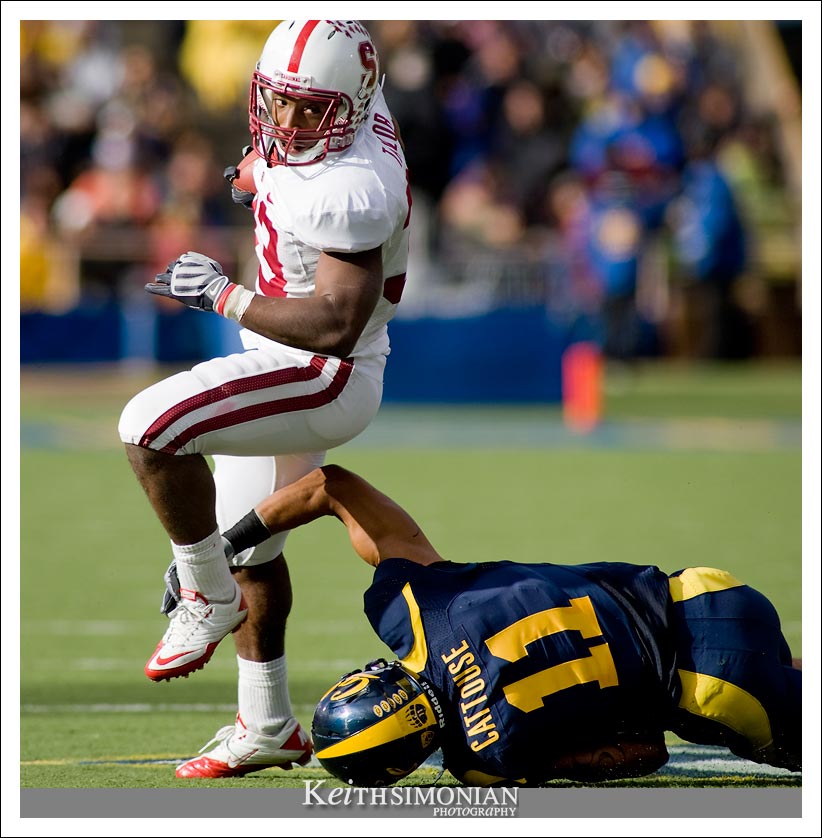