The Colorado Buffaloes got a rude welcome into what is scheduled to be their new league by the Golden Bears of California, as their football team was beaten soundly 52 to 7 this past Saturday at Memorial Stadium in Berkeley, CA. The Bears are off to a 2-0 start and are now ranked 24th nationally in the USA Today Coaches’ Poll. Their next game is Friday September 17th at 2-0 Nevada with a 7pm PT start in Reno Nevada. The game will be broadcast nationallyÂ  live on ESPN2.

Colorado kick returner #20 Brian Lockridge is about to be flipped over by Cal’s #40 place kicker Giorgio Tavecchio and #20 Isi Sofele. You know your team is having a bad day when the kicker comes down field and lays a hit on your kick returner. Maybe that’s why marshmallows were thrown onto the field from the Colorado section of the stadium. Instead of playing like Buffaloes, their team was playing like marshmallows. 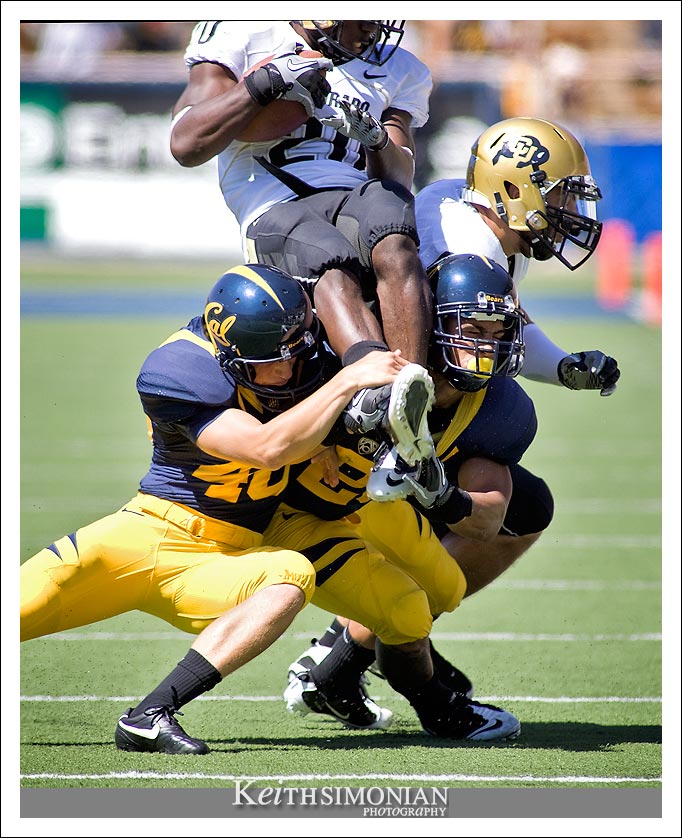 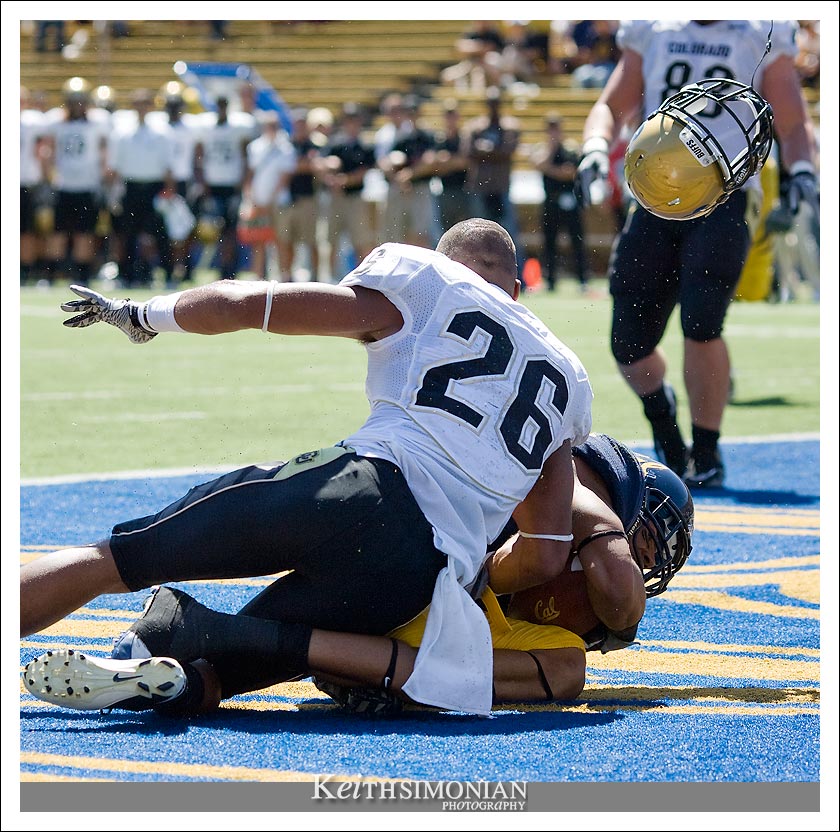