California tailback Jahvid Best high steps into the endzone completing a 61 yard touchdown run during the 2nd quarter vs the Washington St Cougars on Saturday October 24th, 2009. On the day Jahvid Best had 13 carries for 159 yards and two touchdowns. For the season Best has rushed for 775 yards on 114 carries during the California Golden Bearsâ€™ first seven games in 2009 which ranks third in the Pac-10 and 13th nationally. The 5-2 Bears will travel to Arizona State (4-3) this Saturday to play the Sun Devils in a 12:30 matchup that will televised by ABC. The Golden Bears will be back in action the following week (Nov. 7th) at Memorial Stadium vs the Oregon State Beavers. That game is to be televised nationally by Fox Sports Net at 4pm Pacific time. The Bears final home game will be against Arizona on November 14th at Memorial Stadium. Cal’s win Saturday moved them to 24th in the BCS rankings that were released on October 25th. 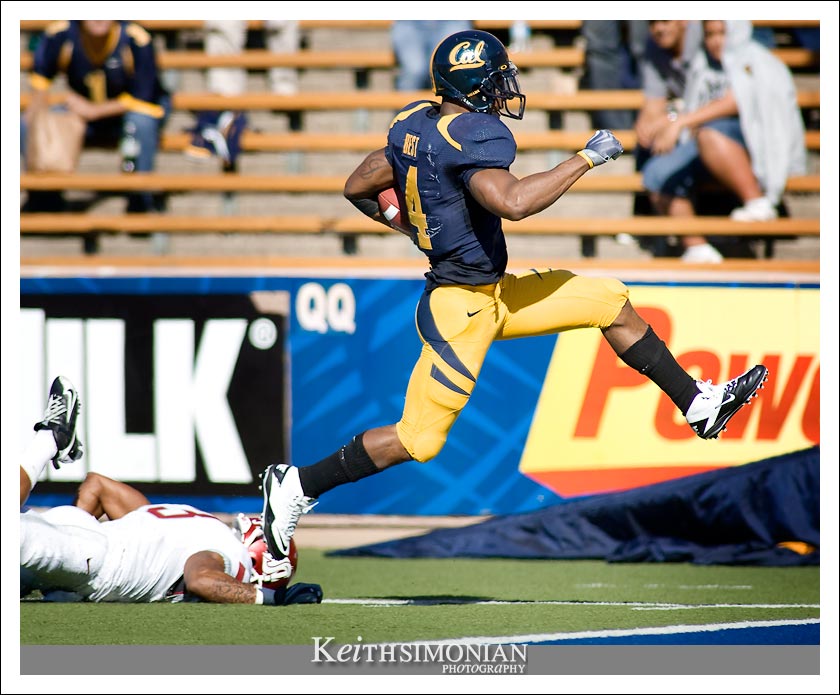